Getting to Know Bill “Doc” McClung 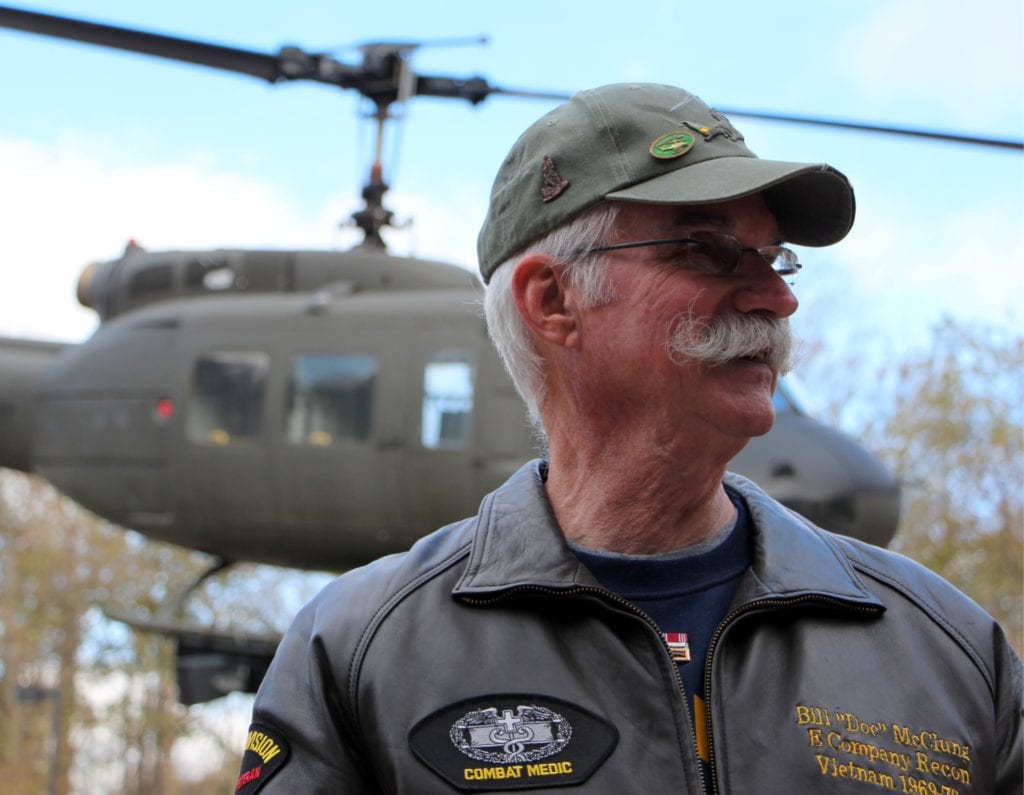 I grew up in East Newark, NJ, in the 1950s. To clarify, it was a small borough of about 1,500-2,000 people. Blue collar, small two family homes, mostly cold water flats. It is located across the Passaic River from Newark and is not part of that city. It is in Hudson County and borders the towns of Kearny and Harrison. There was one school, K-8, all in one building, very ethnically diverse.

Growing up there, the main sport was soccer. We played on the streets and in the sandlots. Although none of our families had a lot of money, we made up our own games and sometimes even our own equipment. Looking back, I don’t think I could have had a better childhood – loving parents, good friends, and a close-knit community.

I was drafted into the military (Army) in 1968, after I graduated from college and taught school for a year (1967-1968). To be honest, I wasn’t thrilled about having to serve, but as it turned out, it was the most invaluable experience I have ever had in my life, especially the year I served in Vietnam.

I was in Vietnam from June 1969-June 1970. I was stationed in III Corps. It bordered the South China Sea to the Cambodian border and the Central Highlands to the Mekong Delta. I was in and around places like Song Be, Quan Loi, Phouc Vinh, Tay Ninh, and Chi Linh The terrain was mostly thick triple canopy jungle, bamboo, and rubber plantations. 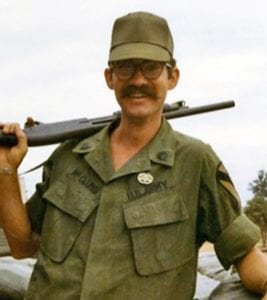 After basic training at Ft. Jackson, South Carolina and Advanced Training as a medic at Ft. Sam Houston, Texas I was made an instructor at Medical Training Center at Ft. Sam. After 5 months as an instructor I was sent to Vietnam and was assigned to the 1st Air Cavalry Division (AM), 5th Battalion, 7th Cavalry, E Company (Recon) as a combat medic. After 7 months in the field, I was rotated back to A Company, 15th Medical Battalion in Tay Ninh as a medic in the Battalion Aid Station for 5 months.

There was no typical day! We were out in the bush for 20-30 days at a time. Most of the time CA’ed (combat assaulted) into the field on Hueys (UH-1 Helicopters), set up NPD’s (night defensive positions) every night, resupplied every three days and carried out missions that include; reconnaissance (trying to find the enemy), bomb damage assessments after B-52 strikes, ambushing roads and trails, and security while fire bases were being built. Some days were boring – just walking through the jungle with nothing happening and other days involved in firefights. This may sound totally crazy, but the quiet days were sometimes worse than being engaged with the enemy because you knew any second you could be ambushed, sniped at or step on a booby trap.

Mail! While in the field you got resupplied every third day and they also brought out mail. I was lucky, my girlfriend would write a card and letter every day and I would receive a stack when the mail came. There were guys who didn’t get mail and they look in their face was devastating. Mail was the one thing that kept you focused on getting home in one piece and the biggest morale boost you had. 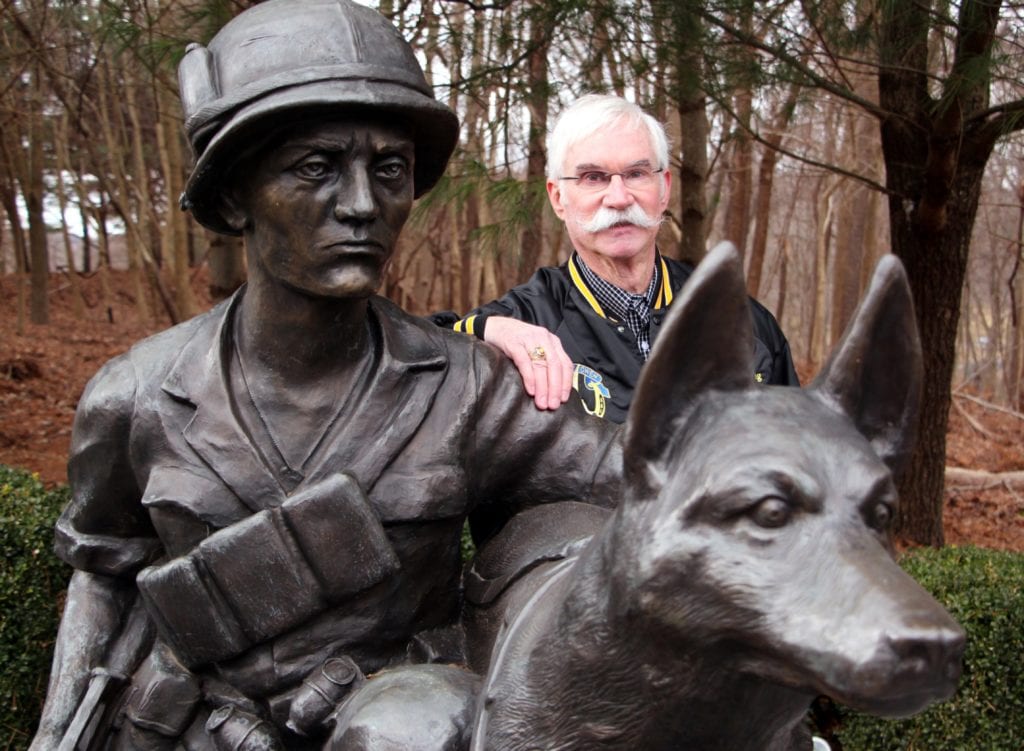 Michael Herman Thomas from Hot Springs, Arkansas. Mike was our platoon leader and undoubtedly the best leader I have ever had the privilege of knowing. He had the complete respect of everyone in our unit. The guys knew that he had their best interests in mind and would never ask them to do something that he hasn’t or wouldn’t do himself. I developed a very close relationship with him and admired him tremendously.

The worst day of my life was September 14, 1969, when we were on a mission with Delta 1/9 a gun jeep unit and were ambushed by a reinforced NVA battalion and Mike was killed. It was a devastating blow that stays with me to this day!

Military people served for different reasons. But no matter what the reason, they served. I have deep respect for those who served.

I was very fortunate and had a great family and circle of friends who made my home coming welcoming and pleasant. Unfortunately, some who returned didn’t have it as easy. They were rejected by the general public, friends, and family and the Veteran’s Administration. There was no support for these men and women and some unfortunately lost their way and became homeless, alcoholic, drug dependent, and suffered severe depression. It was a terrible chapter in American history with regards to the treatment of our military people. The good news is that today our American military are treated with respect and dignity which I think is one of the legacies of our Vietnam Veterans. I’m proud of that!

I returned to school and received an MBA degree with the tremendous support of my wife. I went on to have a 35 year career in Management/executive development and Organization development with a major health corporation for the last 27 years of my career. 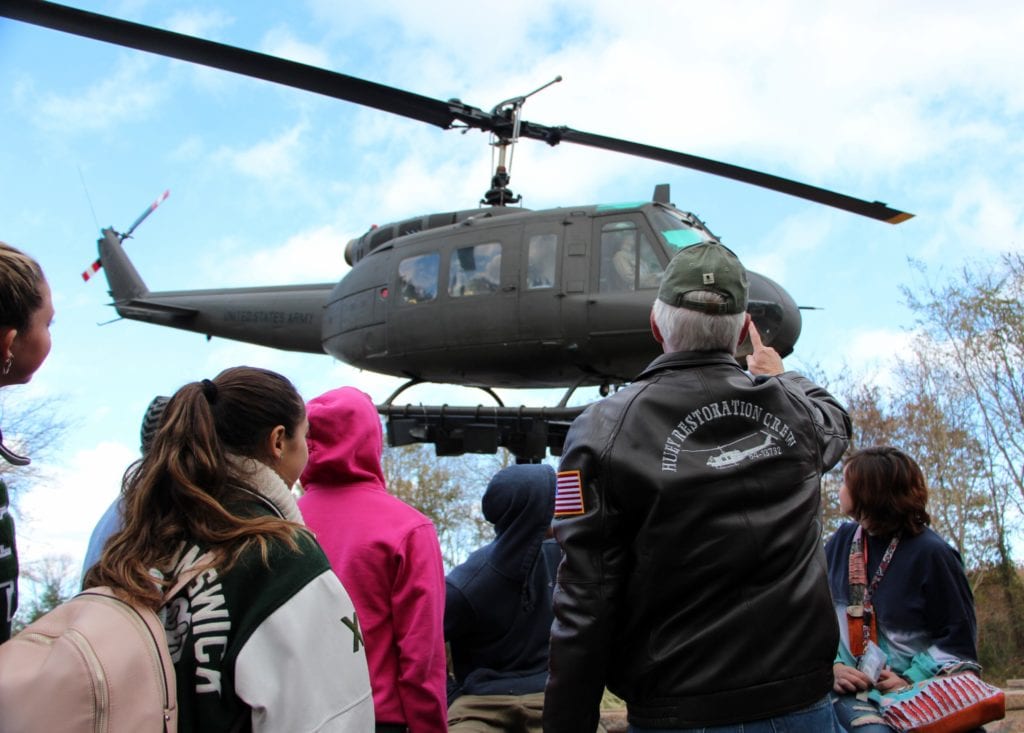 I have been volunteering for over 10 years and it has literally been a life saver for me. I do not talk about Vietnam at home with my family. Doing the school tours allows me to talk about my experiences to students and teachers who want to hear about them. Outside that context, I am sensitive that others might think I’m trying to play the hero (which I am not!). Or bothering them with something they do not want to hear. As someone who is diagnosed with chronic PTSD, it is my therapy. Both doing the tours and talking with my fellow Vietnam Veteran Tour Guides. That’s the selfish reason. Hopefully, as important, it is an opportunity to pass on to younger generations the realities and history of the Vietnam War and the culture of the Vietnam era.