For the 2021-2022 School Year in addition to our on-site tours of the New Jersey Vietnam Veterans’ Memorial, we are adding Virtual Scholarship Tours. These Virtual Tours will be hosted by our Museum Educator Keri A. Giannotti and one of our Vietnam Veteran Volunteer Tour Guides.

Tour Guides will walk you through a tour of the Memorial and our accompanying pieces on the property. Woven into that tour is their own personal experience serving during the Vietnam War. Finally, there will be a question and answer session, where students can ask questions.

Keri A. Giannotti is our Museum Educator and a full-time United States History Teacher at Bloomfield High School. Although her father who is of the Vietnam generation did not serve in Vietnam, she was fascinated by the era; the War, the music, the fashion, movies, all of it.  She attended Kean University where she earned a BA in History and Political Science. As expected one of her favorite classes was The Vietnam War Experience with Professor James Jandrowitz. She has been the Museum Educator since 2006 and it’s really a dream come true to work with our Vietnam Veteran Volunteers. 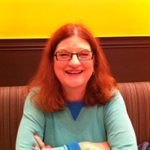 Ann Kesley was born in Indiana and grew up in Southern California. She holds a BA in Anthropology and English from the University of California, Riverside, and a Master’s Degree in Library Science from UCLA.

She was a Department of the Army Civilian librarian with Army Special Services Libraries in Vietnam in 1969-1970. She managed recreational libraries for the soldiers in Saigon, Cam Ranh Bay, Dong Ba Thin, and Nha Trang.

After returning from Vietnam, Ann worked in public, academic, and corporate libraries in New York and New Jersey until her retirement in 2009 from her position as Associate Director of the Learning Resource Center at County College of Morris.

She has served on the boards of the NJVVMF and the UCLA New York Alumni Network. At the NJVVMF, she serves on our Educational Committee and as a Trustee Emeritus. She is currently the chair of the Scholarship Committee for the Women’s Overseas Service League, and on the board of Infinite Variety Productions (IVP), a non-profit 501(c) (3) theater company located in New York City. Infinite Variety Production’s documentary history play, In Their Footsteps, is based on her oral history and four other women, both military and civilians, who served in Vietnam. It has been performed in New York, New Jersey, Ohio, Texas, Australia, Italy, and Scotland.

She has made several return trips to Vietnam. 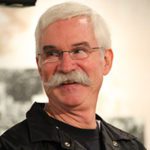 Bill “Doc” McClung has been a tour guide at the New Jersey Vietnam Veterans’ Memorial Foundation for over ten years. A lifelong resident of New Jersey, Bill graduated from Kearny High School, where he was on their soccer team. After graduating from Jersey City State College (now New Jersey City University) and teaching for a year in the NJ public school system, Bill was drafted into the United States Army. He entered the service in June 1968, and after basic training, advanced training, and an assignment as an instructor in the Army’s Medical Training Center. He served in Vietnam in the 1st Cavalry as a combat medic.

Upon his return from Vietnam, he married his wife Lorraine and began a career at Johnson and Johnson. Bill is a member of the VFW, Vietnam Veterans of America, the First Cavalry Division Assn., the 7th Cavalry Assn., the 5th Bn. 7 Cav. Assn., Disabled American Veterans, and the NJ Vietnam Veterans’ Memorial Foundation. He enjoys volunteering at the Memorial and Vietnam Era Museum to ensure that today’s younger generation supplements their classroom learning and hear from veterans who actually experienced the Vietnam Era and War. 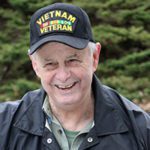 John “JJ” Minor has been a tour guide at the New Jersey Vietnam Veterans Memorial Foundation since 2005. JJ was drafted into the United States Army in October of 1966 from his hometown of Atlantic Highlands, New Jersey. He received his basic training and advanced infantry training in Fort Stewart, Georgia. JJ served in the 1/7 CAV in Vietnam and was in the Infantry (GRUNT).

JJ worked at Ford Motor Company for 35 years after the War. He is now retired and lives in Manchester, New Jersey with his wife Mary. JJ has four adult children: Michelle, Christina, Kimberly and John. He also is a grandfather of four and a half (one on the way) grandchildren.

JJ belongs to the1st Cav and the 1/7 th Cav Association. JJ says that he “enjoys volunteering at the Memorial and the Education Center because it teaches the kids about first hand experiences in the war, and we must never forget about those 1562 names on the wall that served their country with such HONOR.” 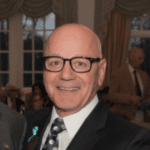 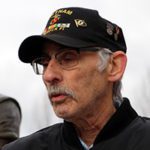