The US War Dogs Memorial honors our nation’s war dogs and their handlers – past, present, and future. The memorial, designed by sculptor Bruce Lindsay, consists of a bronze statue of a kneeling soldier and his dog, set on a black granite base. 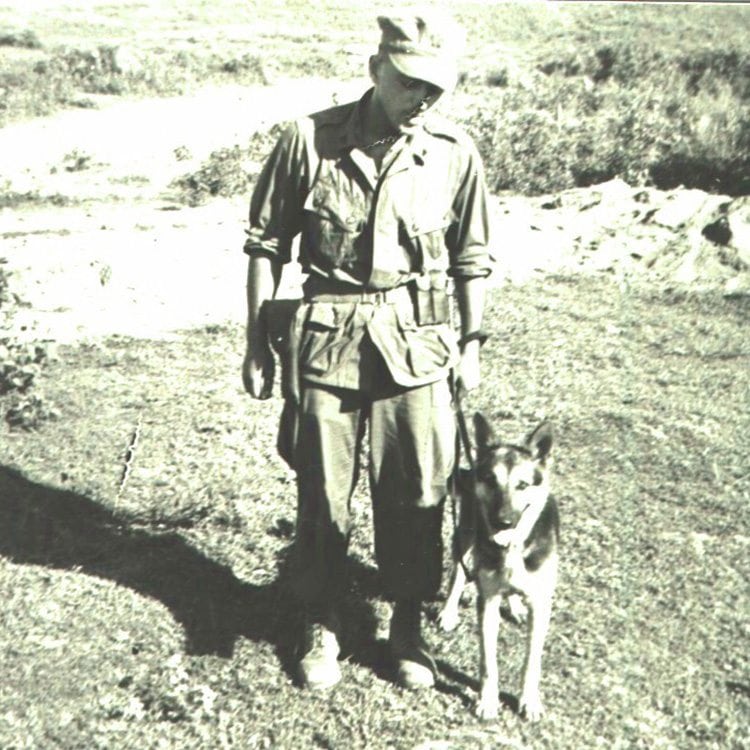 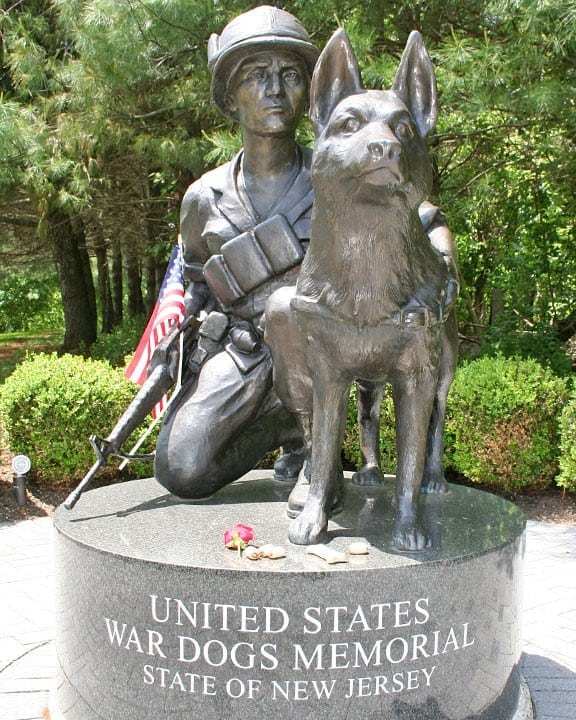