There & Back: The Journey to Vietnam and Home 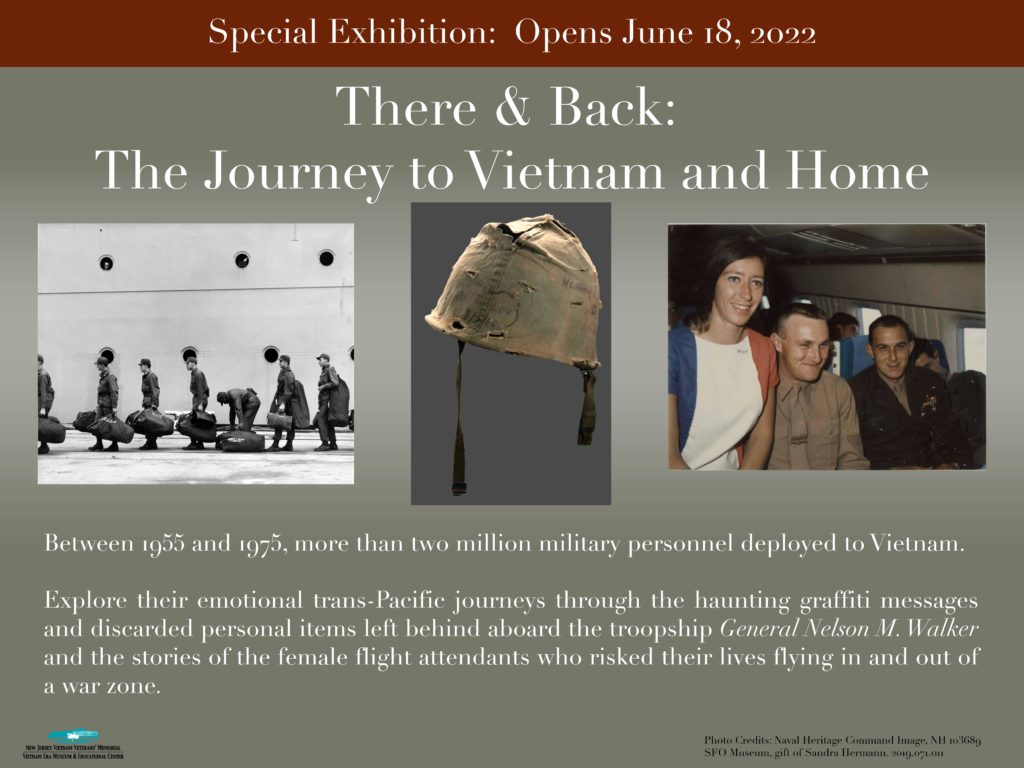 There & Back: The Journey to Vietnam and Home draws deeply from veteran and civilian flight crew accounts. Rare in-flight photos, uniforms, and ephemera provide a seldom-seen look at the bond between soldiers and the flight attendants who served with Pan American World Airways (Pan Am), Trans World Airlines (TWA), and United during the Vietnam War. The exhibition also features a berthing compartment salvaged from the United States Naval Ship, General Nelson M. Walker; a troopship left untouched since the late sixties. Objects on display include lost personal items and canvas bunks covered with art and graffiti. The exhibition also marks the first public display of the graffitied helmet cover of Marine William “Billy” Dutches, returned to his family fifty years after he was killed in action in 1966.

Additional objects and photos on display are courtesy of the University of Miami’s Kislak Center for Special Collections, The SFO Museum, and the TWA Hotel.

The exhibition will be on display through March 15, 2023.