Join us for an evening under the stars aboard the Battleship New Jersey honoring the lifelong commitment of Sheriff Whip Wilson and Sheriff’s Officer Travis Ash, U.S. Air Force Veterans who have dedicated their lives to the service of others. Enjoy great food, a luxury silent auction, & live entertainment by The Fab60s Revival Band!

This special, black-tie optional evening provides support for the care of the New Jersey Vietnam Veterans’ Memorial. It also supports the Vietnam Era Museum and its educational programs, outreach, ceremonies, research initiatives and exhibitions. As the only site of its kind in the country, your support of the Foundation and our Veterans ensures that the legacies and lessons of the Vietnam Era will continue to be taught to future generations. 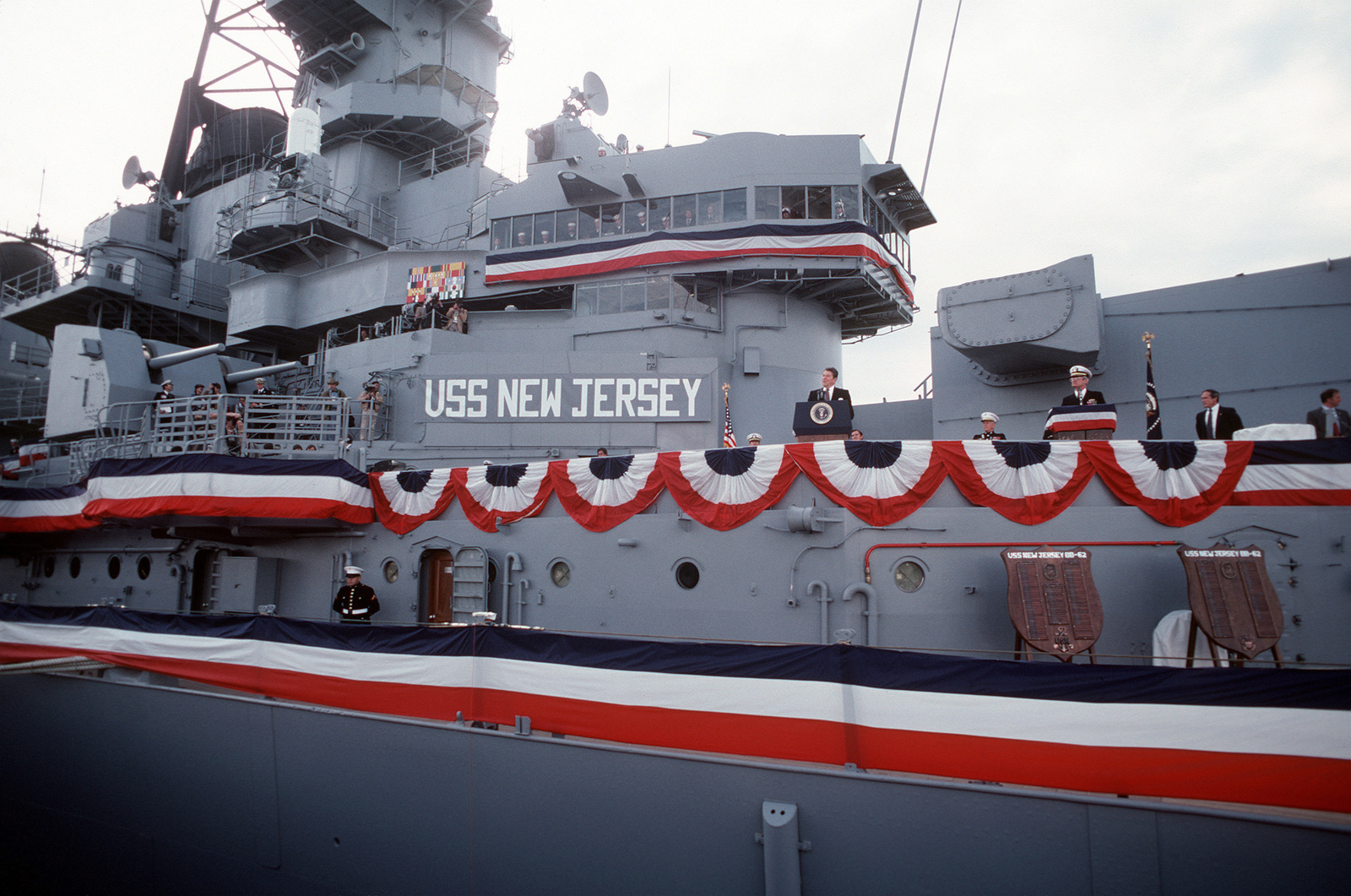 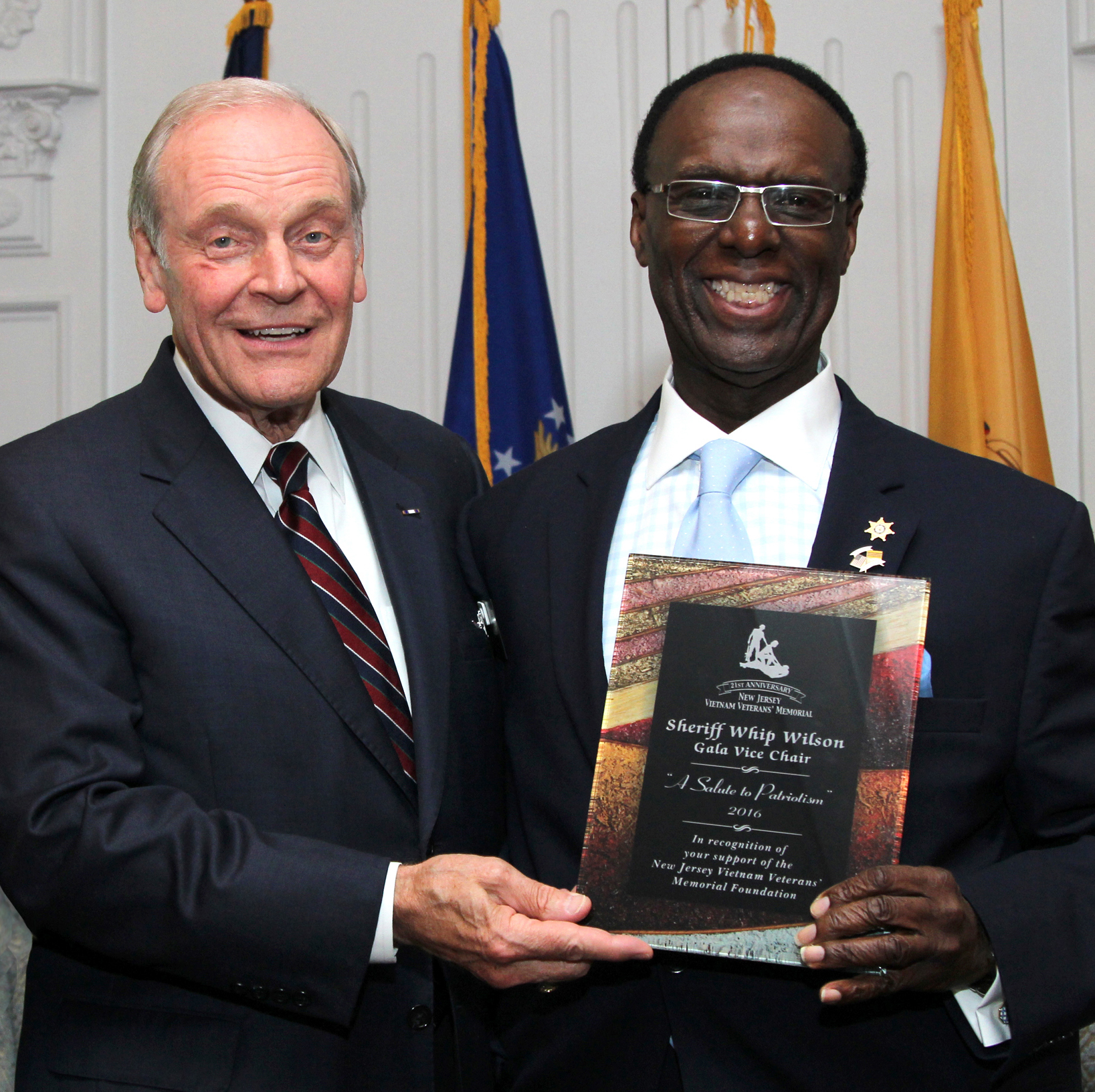 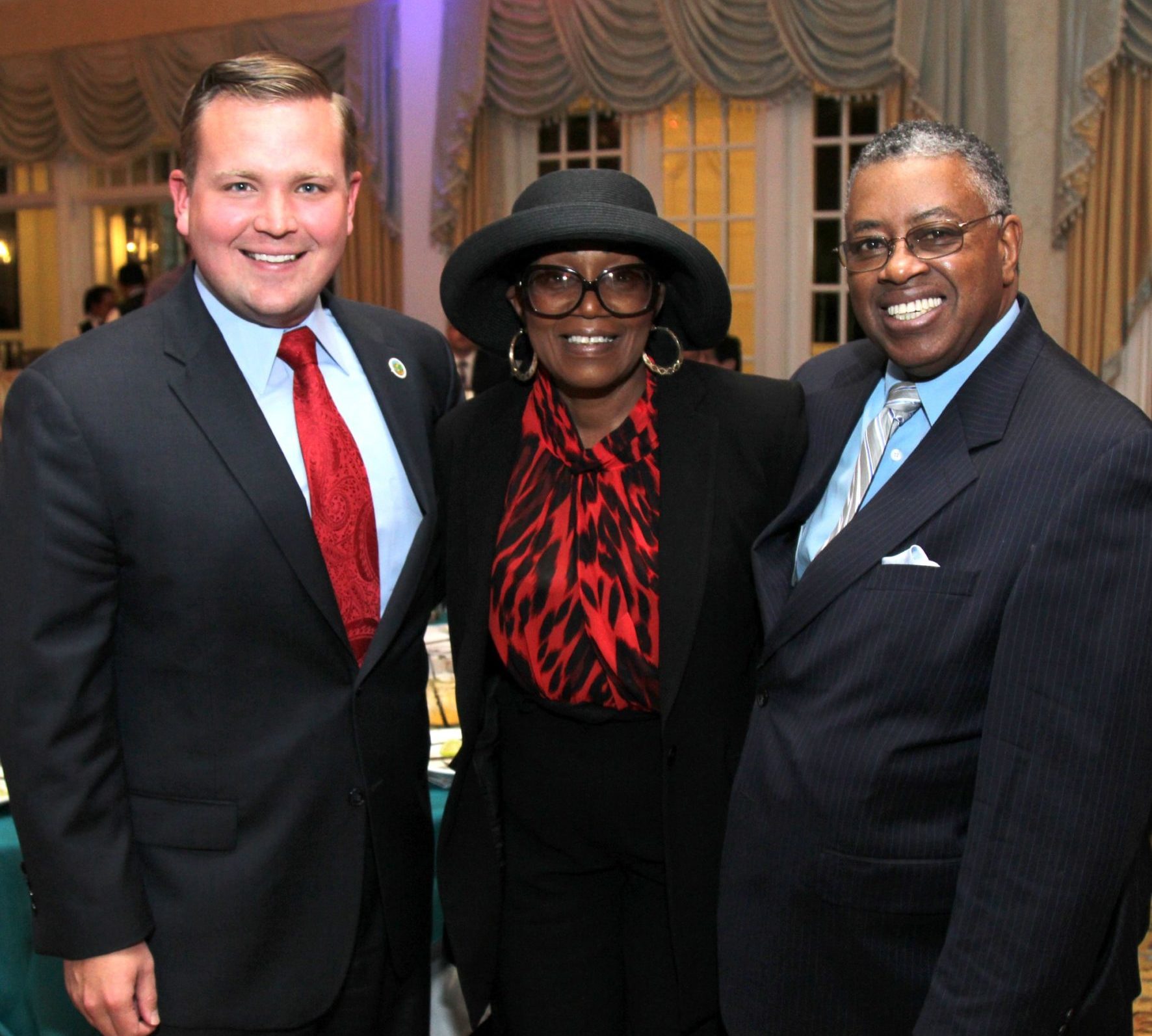 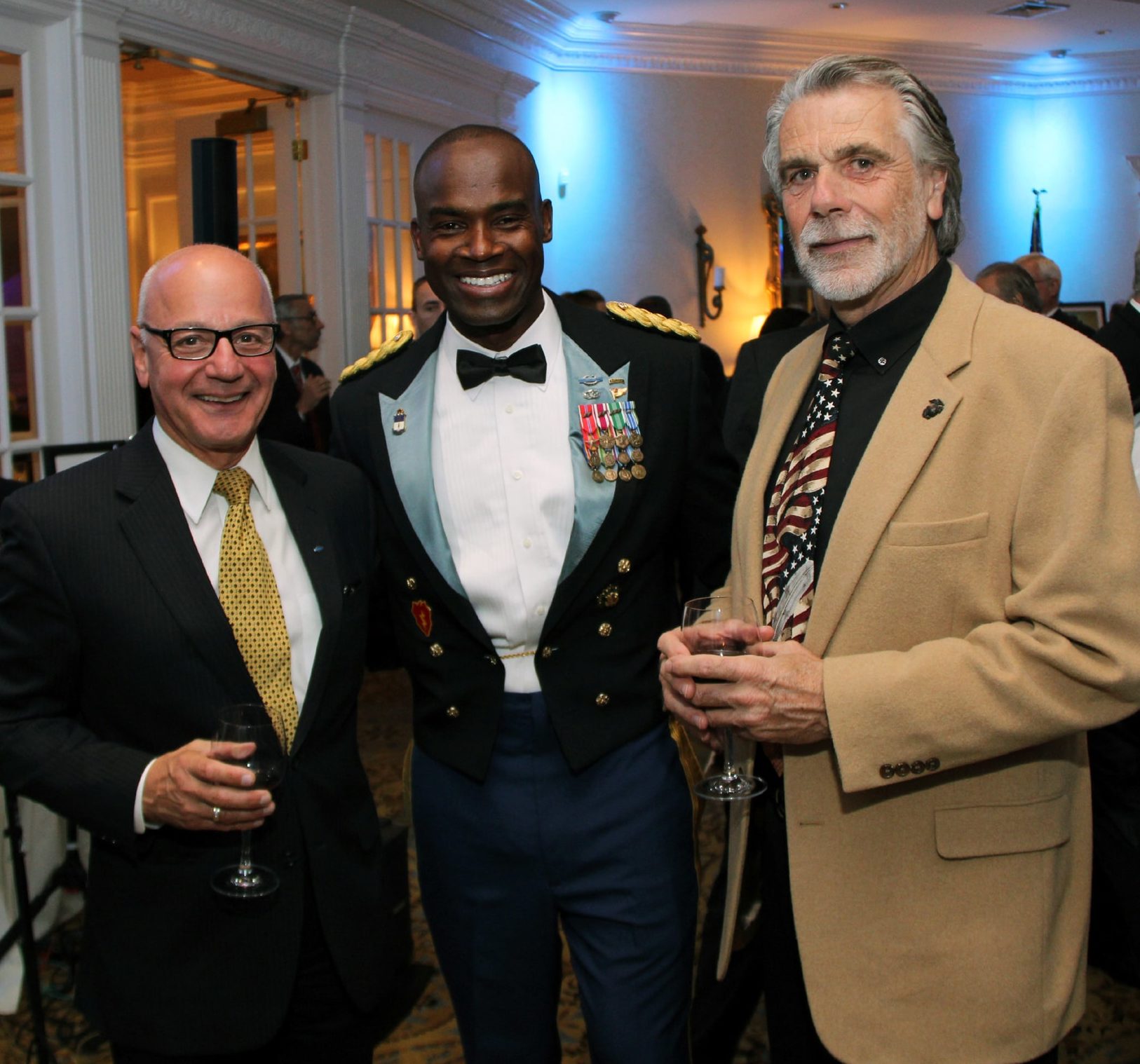 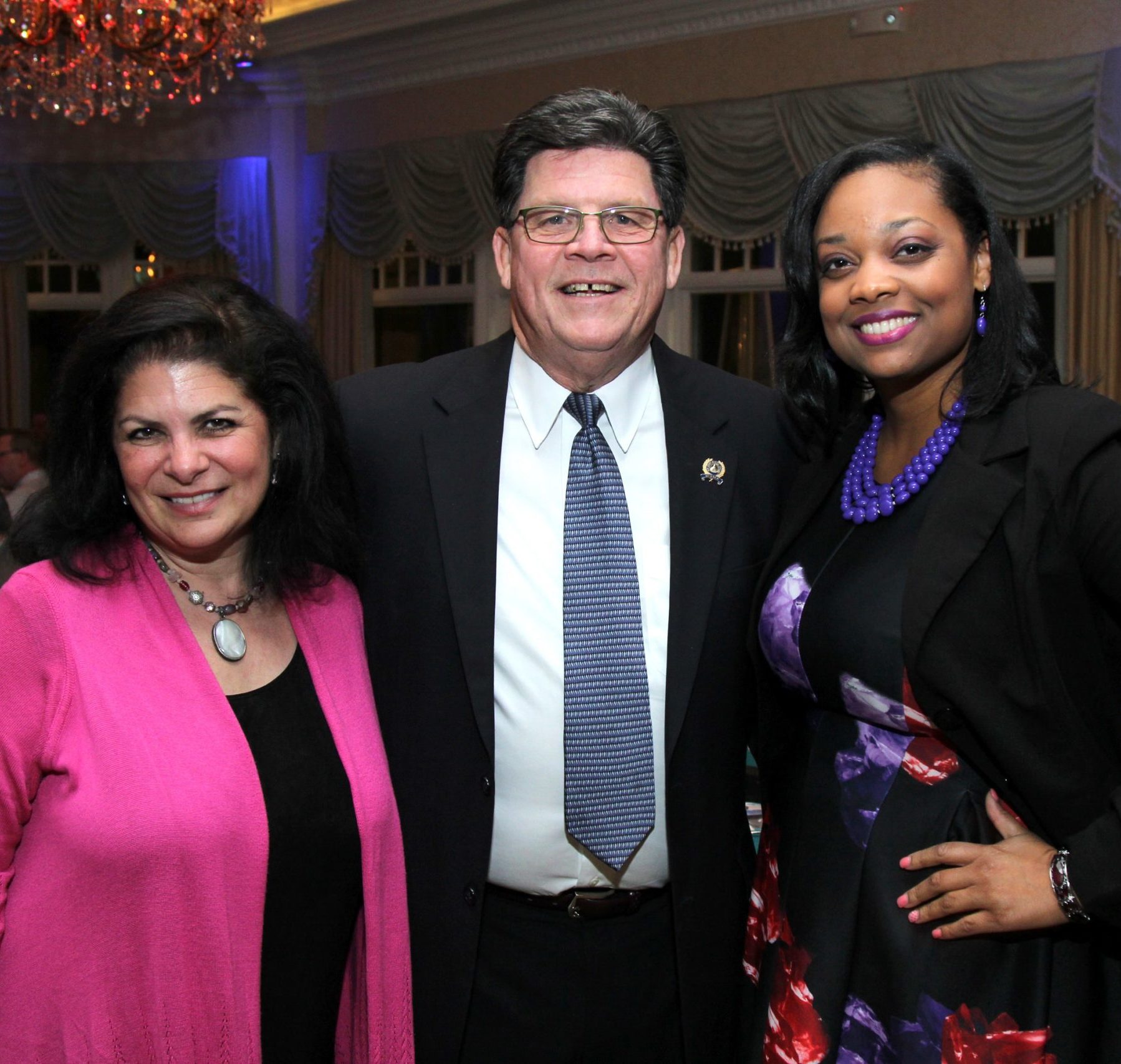 on the Battleship New Jersey
at the Camden Waterfront

Get more information on sponsorship by contacting Jillian Decker, Director of Development, at 732.335.0033, ext. 110 or jdecker@njvvmf.org or by visiting our Sponsorship Page. 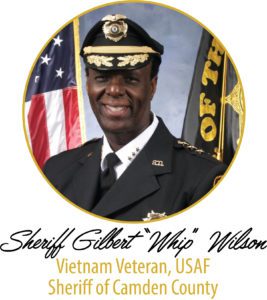 Sheriff Gilbert “Whip” Wilson is the first African American from Camden City to serve in the General Assembly representing the Fifth Legislative District. Sheriff Wilson was originally appointed and sworn-in January 25, 2010, elected to his seat November 2, 2010. He was re-elected 2011 and 2013.

Currently, Sheriff Wilson is serving his 2nd term as Sheriff of Camden County and holds the seat of 1st Vice President of the New Jersey Sheriff’s Association. Sheriff Wilson has started the Camden County Sheriff Association Foundation where the mission is to run a two- week boot camp for students interested in the field of Law and Public Safety.

Sheriff Wilson served in the U.S. Air Force (1965-1969) on tours to Thailand and Vietnam where he served in the 821st Combat Security Police Squadron (Air Force Rangers). He was a member of the Camden Police Department for over 26 years, served as Commander of the Vice Unit and Supervisor of the First Community Policing Unit retiring as Lieutenant.

From his work with the Camden Police Department to his efforts as an elected official, Camden City Council (1997-2001, 2005-2010), the New Jersey State Legislature General Assembly (2010-2015) and now Sheriff of Camden County, he has dedicated his life to public service.

Sheriff’s Officer Travis Ash began his career in 2001 by joining the United States Air Force where he was a member of the Aero Repair Squadron. He quickly elevated himself by achieving the promotion of Senior Airman Below the Zone.

Travis exhibited unwavering devotion to duty and country by escorting the remains of over 120 United States Armed Forces Service Members who were killed in action during Operations Enduring Freedom and Iraqi Freedom. On December 30, 2004, he was awarded the First Oak Leaf Cluster, the Air Force Achievement Medal for displaying great courage and steadfast dedication as he performed life-saving resuscitation on August 30, 2002.

Upon exiting the United States Air Force, Travis became a member of the Federal Bureau of Prisons achieving the rank of Corrections Officer and became a key member of the Riot Control Team. In 2007, he started his career with the Camden County Sheriff’s Office, commanding the Sheriff’s Honor Guard Team and achieving special congressional recognition on two separate occasions for outstanding and invaluable service to the community while earning his bachelor’s from Fairleigh Dickinson University.

Finding peace in giving back to the community, he has organized events such as the Ronald McDonald House family support, assisted in Back-to-School Drives, feeding the homeless, and gifting food and other necessities to those in need.

THANK YOU TO OUR SPONSORS 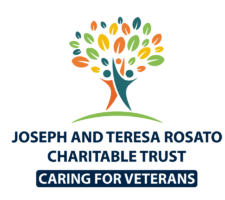