In February 2020, former NJVVMF Museum Director Greg Waters spent just over two weeks traveling throughout the southern half of Vietnam. The goal of the trip was to gain a better understanding of how the Vietnamese remember and memorialize what they call the American War. Greg visited numerous museums and memorials as well as locations where important events occurred during the war.

The next part of my trip took me off the typical tourist path and into the interior of the country. I arranged for a tour guide to pick me up from my hotel in Hue and we traveled together to our first stop: Khe Sanh.

Khe Sanh holds an important place in the history of the Vietnam War and in the popular imagination of the American public. The area saw some of the most intense fighting of the war and hundreds of Soldiers and Marines lost their lives here. Khe Sanh was bordered directly to the north by the Demilitarized Zone, a theoretical no man’s land that separated North and 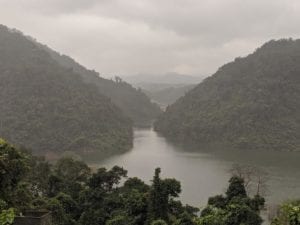 On the road to Khe Sanh

South Vietnam. Directly to the east was the border with Laos, a country that wasn’t officially part of the war but certainly played an important part in it. The Ho Chi Minh Trail passed through the region and much of Khe Sanh and the surrounding area was controlled by the North Vietnamese Army.

Khe Sanh and its reputation as a particularly dangerous area within Vietnam were cemented in popular imagination by Bruce Springsteen’s 1971 hit Born in the USA. He sang:

Had a brother at Khe Sahn

Fighting off the Viet Cong

They’re still there, he’s all gone

I traveled to Khe Sanh to visit the remains of the Khe Sanh Combat Base, the main hub of American operations in the area and the site of one of the largest and bloodiest conflicts during the Vietnam War. The Battle of Khe Sanh took place over 2 months in 1968 during the Tet Offensive, with 5,500 Marines surrounded by an estimated 20,000 North Vietnamese Army soldiers. The fighting was fierce and hundreds of American Marines and their allies lost their lives in the battle.

The road from Hue to Khe Sanh passes through some of the most beautiful natural scenery on earth, with deep valleys and muddy rivers juxtaposed against dramatic mountains rising up through misty triple canopy jungle. My guide, Vu, pointed out the locations of several American combat bases along the way, long since reclaimed by the jungle. 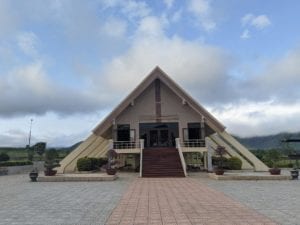 The museum at Khe Sanh Combat Base

Khe Sanh Combat Base is now a museum and historic site maintained by the Vietnamese government. It is one of the best cared for museums that I visited in Vietnam and it featured a similar narrative to other war-related sites in the country – that the imperialist American invaders were driven out of the country by a united and determined Vietnamese army.

I spent a few hours going through the museum and then visited the outdoor exhibit space. Much of the original base has been taken over by banana trees and coffee plants. There are yet again a large collection of captured American military vehicles. A Huey and a Chinook helicopter are parked near the museum. A tank and an armored personnel carrier stand watch over the abandoned runway. At the far end of the runway, next to some old bunkers, stands a C-130 Hercules, a massive transport plane that dominates the site.

It’s difficult to explain how a place like Khe Sanh feels today, separated by half a century from the extreme violence that occurred here. There is a serene quality to the mountains and jungle that doesn’t match up with the tragic events that took place during the war. I left with increased respect for the men who fought and, in many cases, gave their lives to defend this remote outpost. 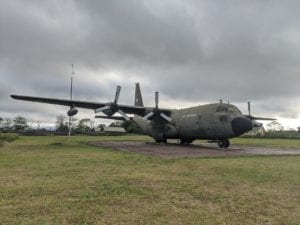 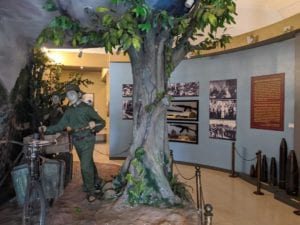 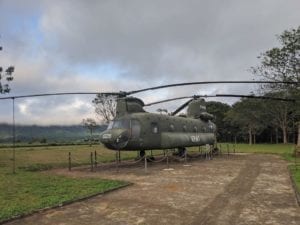 American Tank next to the Khe Sanh Combat Base runway