Donald L. Lehew was born on July 19, 1934. His home of record is Salem, NJ. He had two brothers, Ronald and Thomas. Lehew was inducted into the Ranger Hall of Fame.

He served in the US Army and attained the rank of Sergeant First Class (SFC). Lehew was a Green Beret assigned to Special Forces, Mike Company.

Lehew was killed in action on August 26, 1966, while on an operation to clear Phuc Quoc island, off the coast of South Vietnam. He was leading a group of Cambodian Civilian Irregular Defense Group (CIDG) that was ambushed and he was killed instantly by ground fire.

He was posthumously awarded the Distinguished Service Cross. The citation reads: The President of the United States takes pride in presenting the Distinguished Service Cross (Posthumously) to Donald Lee Lehew (RA13479761), Sergeant First Class, U.S. Army, for extraordinary heroism in connection with military operations involving conflict with an armed hostile force in the Republic of Vietnam, while serving with Detachment A-430, 5th Special Forces Group (Airborne), 1st Special Forces. Sergeant First Class Lehew distinguished himself by exceptionally valorous actions on 26 August 1966 as intelligence sergeant of a Special Forces unit conducting a mission on Phu Quoc Island. Following a sweeping action on a fortified hill, Sergeant Lehew skillfully deployed his troops to break up an enemy ambush. Under intense small arms fire, he helped move a wounded comrade to a safe position where he administered first aid to the man. While helping his detachment commander evacuate the dead and wounded from the battlefield after the engagement, he detected a hidden enemy bunker. A Viet Cong soldier began firing from the position, and Sergeant Lehew pushed his commander to the ground, saving the officer's life. As his unit maneuvered to join a relief force, he placed himself among the force's leading elements. After moving a short distance, two Viet Cong companies opened fire from entrenched positions, momentarily disorganizing his troops. Sergeant Lehew, by exemplary leadership, was able to rally his men and direct a tremendous volume of fire into the attackers. Refusing to pull back to a less exposed position, he instead charged alone into the enemy fusillade, deliberately assaulting the main insurgent position. He was mortally wounded while fearlessly and unselfishly placing the welfare of his men above his own in the heat of battle. His quick action threw the Viet Cong off balance long enough for air support to arrive and prevent the friendly force from being overwhelmed. Sergeant First Class Lehew's extraordinary heroism and devotion to duty, at the cost of his life, where in keeping with the highest traditions of the military service and reflect great credit upon himself, his unit, and the United States Army.

Be the first to add a remembrance for DONALD L LEHEW 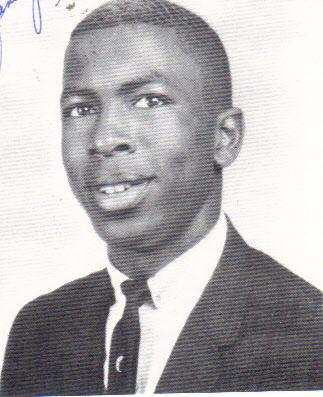