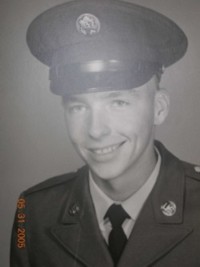 He entered the US Army where he attained the rank of Specialist 4 (SP4).

On September 4, 1969, Constantino was killed in action in South Vietnam.

Cliff was a handsome blond hair, blue-eyed gentleman. Cliff loved to shoot pool and was a great brother. He joined the army and was stationed in Germany. Even after his Dad offered him a pool table and a new car not to go, Cliff volunteered for Vietnam. He had plans of marrying his high school sweetheart when he returned home. He had six months of duty left when he was ambushed.
-Richard Constantino, brother

Source: NJVVMF and the Constantino Family

Be the first to add a remembrance for CLIFFORD J CONSTANTINO