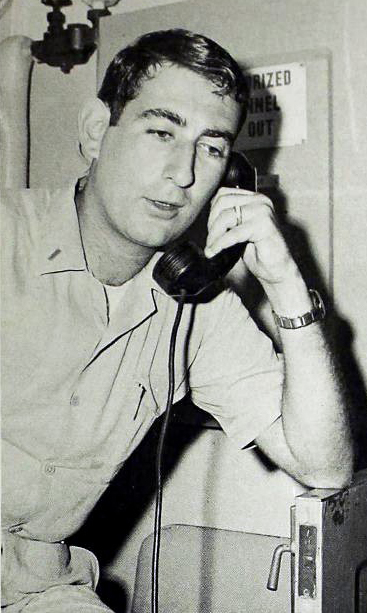 Franklin Michael Tunick was born on April 10, 1941.  His home of record is Linden, NJ.  He was a 1959 graduate of Linden High School and later graduated from New York University in 1963.  He was the son of Henry and Jean, brother to Elaine, and husband of Joan Browne Tunick.

In the Spring of 1963, Tunick entered the US Navy where he attained the rank of Lieutenant Junior Grade (LTJG/02).  He served as an officer on the aircraft carrier Oriskany.

Tunick was on his return trip, and due for discharge after three years of service, when he was killed in a shipboard fire on October 26, 1966. He is buried at Beth Israel Memorial Park in Woodbridge, NJ.

Be the first to add a remembrance for FRANKLIN M TUNICK