George A. DeLuca was born on February 11, 1928.  His home of record is Hammonton, NJ.  George was raised on a farm in Elm, NJ.  He had a brother, three sisters, and four half-brothers.  George graduated from Lower Camden County Regional High School.

He enlisted in the US Marine Corps wanting to make the military his career.  DeLuca was wounded in Korea in 1951, but volunteered to serve in Vietnam in June 1965.  He had attained the rank of Master Sergeant (MSGT).

DeLuca was killed in action in the battle of Chu Lai on August 13, 1965.  He was survived by his wife, Eva, and two sons, George and Mike.

Be the first to add a remembrance for GEORGE A DELUCA 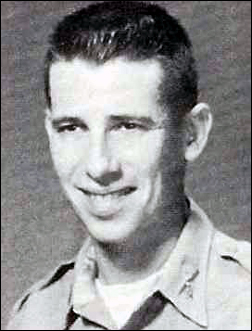