Kenneth J. Greene was born on March 18, 1942.  His home of record is Jersey City, NJ.  Spec. 4 Greene was the son of Clarence Greene and Mrs. Edna Greene. He is also survived by 3 sisters and 4 brothers. He married the former Diana Buonocore of Lincoln Park, NJ on June 27, 1965. They had no children. Growing up, Kenneth's interests included baseball, football, rock and roll and family gatherings. He graduated from Ferris High School in 1960. He became a supervisor for the Rapid Distributing Corp. in Jersey City.

Greene entered the US Army where he attained the rank of Specialist 4 (SP4).

Greene was killed in action on March 14, 1968, when the military truck he was driving went over a landmine in South Vietnam.  Greene was due for a leave in two weeks. He is buried at Holy Name Cemetery in Jersey City, NJ.

Be the first to add a remembrance for KENNETH J GREENE 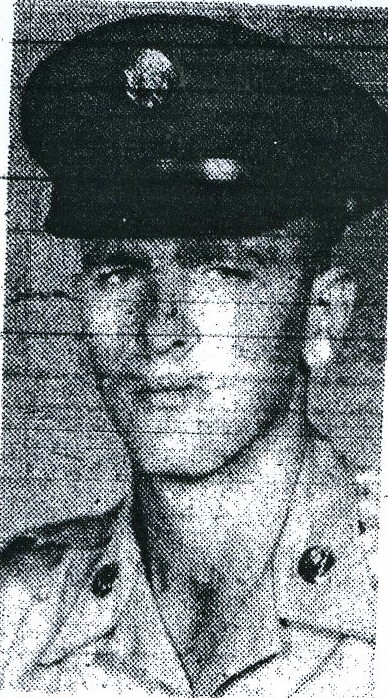