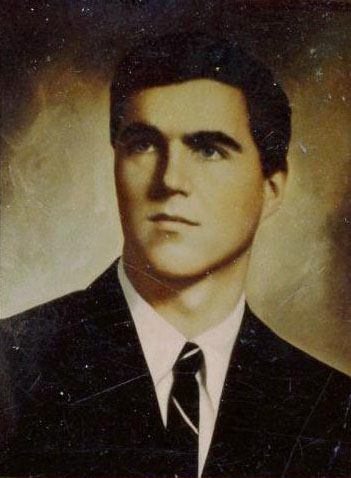 He served in the US Army and he attained the rank of Private First Class (PFC).

Robert A. Von Bischoffshausen is the longest name on the NJ Vietnam Veterans' Memorial.

I was with Bob the day he died.  We met in Vietnam and became friends mostly because we were assigned to the same unit, Americal division, 1/52 C Company, at the same time.  He was from Elizabeth and I was from Linden.

We were in country about 10 days and it was our first patrol off the LZ where we were stationed.  I remember that one of us had to carry the radio and neither of us was interested because the rumor was that VC snipers would target the Radio Telephone Operator (RTO).  I found that not to be true, but I recall we flipped a coin, with the loser getting the radio. I don't remember exactly, but Bob must have lost since he was walking behind the Lieutenant.  I recall that the Lieutenant was as green as we were and I remember walking off the hill along a well used trail.  This was not a real good idea.  The Lieutenant hit a land mine and the next thing I remember was the cloud of dust, yelling and gunfire.  I remember the Lieutenant screaming in pain and seeing that his legs were a mess.  I crawled over to Bob and I tried to wake him.  I thought that he was lucky to get wounded and would be able to go home.  He had shrapnel wounds to his neck and between his eyes. He didn't look like he should have died, but it must have been instant.  I had a small wound and rode the medevac with Bob and the Lieutenant.  That day had a pretty heavy impact on me, but it still bothers me that I never went to see Bob's mother to tell her that I was there with her son when he died.