Robert J. Betz was born on March 28, 1945, to Mr. and Mrs. Francis Betz.   His home of record is Cliffside Park, NJ.  Robert had one sister, Francis.  Betz graduated from Don Bosco Technical High School in June 1963.

Betz enlisted in the US Army and attained the rank of Private First Class (PFC).  Betz was sent to Vietnam in September 1964.  He was assigned to 140th Transportation Detachment, 117th Aviation Company.

Three months before US troops were officially committed to combat, Betz was killed in action, on February 10, 1965, when the Hotel Viet Cuong was bombed.  Betz, along with 22 other American soldiers were killed in the explosions.

Be the first to add a remembrance for ROBERT J BETZ 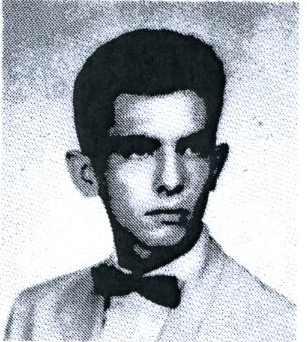