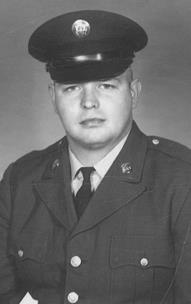 He served in the US Army and was awarded the Combat Infantryman Badge while serving as a grenadier in Company A, 1st Battalion of the 4th Infantry Division's 22nd Infantry in Pleiku. He attained the rank of Sergeant (SGT).

Jursza was killed in action on April 27, 1968, at the age of 26. He had been in the service for over 14 months and was awarded the Combat Infantryman Badge, Purple Heart, Army Commendation Medal, Army Good Conduct Medal, National Defense Service Medal, Vietnam Service Medal, RVN Campaign Medal, RVN Gallantry Cross with Palm and RVN Civic Actions Citation.

Be the first to add a remembrance for WILLIAM JURSZA