William Francis "Biff" Mullins, Jr. was born on December 28, 1942, in Orange, NJ. He was the second of four children born to Elly and William Mullins of Short Hills.

Almost from the start William was nicknamed Biff, a name that suited him to a T and stuck with him for the rest of his life.

He was an affectionate, active child and totally fearless. If there was anything in sight to climb, he was on it and it never dawned on him that one must learn to swim before jumping into the water.

When Biff was six, he started school at Oak Knoll School of the Holy Child in Summit, NJ. After two years he transferred to Short Hills County Day School. In 1956, Biff started high school at Cranwell Preparatory School in Lenox, MA, where for three consecutive years, he was elected to Student Council. Biff excelled in academics and football. In his three years at Cranwell, Biff left a lasting impression on all those he came in contact with. His football coach, after having eight children, all girls, finally had a son and much to our delight, named him Biff. After Biff completed his junior year at Cranwell, he chose to come home and finish his final year at Millburn High School, even though he was elected captain of the football team at Cranwell. He graduated in 1961.

Subsequently, he went to North Carolina State University on a partial football scholarship. He became a member of the Kappa-Sigma fraternity and graduated with a degree in history and a minor in political science.

After graduation, he married Susan Stoddart and joined the firm of Cameron Brown in Raleigh, NC.

In February 1966, Bill was notified that he would be drafted. He decided instead to join the US Marine Corps and apply for admission to Officer Candidate School. He finished basic training in Quantico, VA, in June of 1966. He continued training until October, when he went to Fort Sill in Lawton, OK, for special artillery instruction and finally was sent to Camp Pendleton in California. He had attained the rank of First Lieutenant (1LT).

In February of 1967, Biff left for Vietnam. After about six months, he and Susan enjoyed a brief reunion during R & R in Hawaii.

Biff was killed shortly thereafter on October 14, 1967, at Con Thien. It was not until after his death, that the family fully realized through hundreds of letters how beloved, even idolized; he had been by those whose life he had touched.

Besides his wife and parents, he left a sister, Patricia, and two brothers, Dennis and Peter.

William's memory was honored on May 7, 2004, at a public ceremony dedicating a memorial at Millburn High School for former students who died in the Vietnam War.

Be the first to add a remembrance for WILLIAM F MULLINS 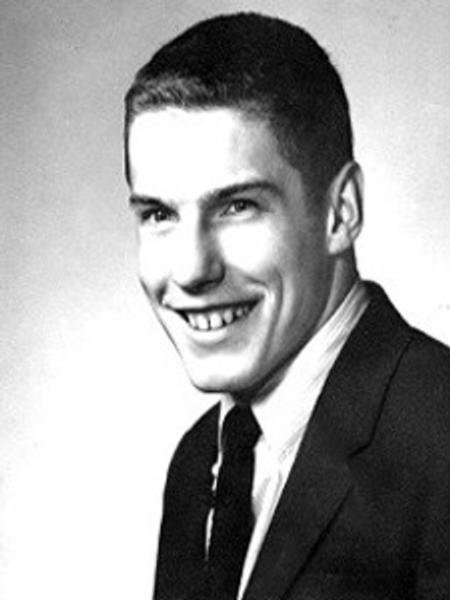