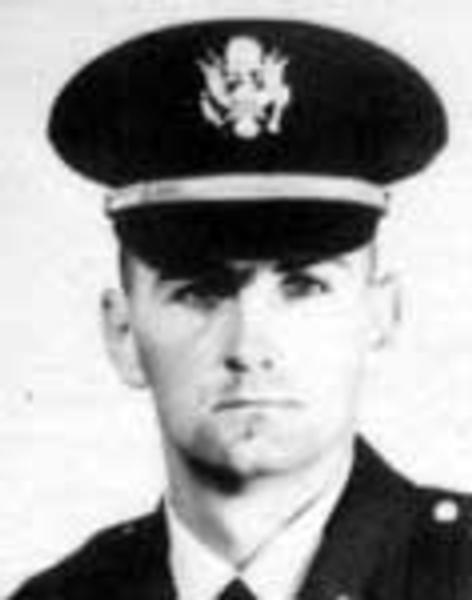 Conrad Anthony Stybel was born on June 19, 1942, and lived in Plainfield, NJ. A 1960 graduate of Plainfield High School, Conrad enjoyed football, basketball and baseball. He attended Lehigh University for two and a half years and then transferred to Columbia University.

Stybel enlisted in the US Army in September 1964, and completed his basic training at Fort Dix, NJ. He attained the rank of First Lieutenant (1LT). He attended school for Multi Engineer Aircraft Repair and Leadership School. He graduated from the Officer Candidate School at the Artillery and Missile Center in Oklahoma.

On September 17, 1967, Stybel died from injuries received the day before when his helicopter engine failed, and then crashed, in the Republic of Vietnam. He was 25 years old.

His Bronze Star Citation reads:
By direction of the president the bronze star medal is presented to First Lieutenant Conrad A. Stybel 05419908 artillery United States Army posthumous for distinguishing himself by outstanding meritorious service in connection with ground operations against a hostile force in the Republic of Vietnam during the period 27 February 1967 to 17 September 1967. Through his untiring efforts and professional ability, he consistently obtained outstanding results. He was quick to grasp the implications of new problems with which he was faced as a result of the ever-changing situations inherent in a counterinsurgency operation and to find ways and means to solve those problems. The energetic application of his extensive knowledge has materially contributed to the efforts of the United States mission to the Republic of Vietnam to assist that country in ridding itself of the Communist threat to its freedom. His initiative, zeal, sound judgment and devotion to duty have been in the highest tradition of the United States Army and reflect great credit on him and on the military service.

Be the first to add a remembrance for CONRAD A STYBEL