Dennis Joseph Coll was born on July 23, 1948, to Rose and Joseph J. Coll, Sr.  His home of record is Springfield, NJ.  He had four sisters, Nancy, Joanne, Norene and Diane, and one brother, Joseph.  Dennis graduated from East Orange High School in 1966.  He was on the East Orange tennis team and also enjoyed bicycling and music.  He liked going to the drag strip in Englishtown, NJ, to watch the cars race.

Coll served in the US Army with A Company, 3rd Battalion, 8th Infantry Regiment, 4th Infantry Division.  He attained the rank of Specialist 4 (SP4).

Coll was killed in action on March 3, 1969.  He is buried at Gate of Heaven Cemetery, East Hanover, NJ.

Dennis J. Coll was born July 23, 1948, in Newark, NJ.  Our family lived in  Newark until 1958, when they moved to East Orange.  Dennis graduated from East Orange High School in 1966.  While in East Orange, he attended Blessed Sacrament Church (and went to elementary school there also.)  He was an altar boy at Blessed Sacrament.  While in high school, he worked at Kresge's Dept. Store in East Orange.  After graduation from high school, he began working as a lineman for NJ Bell Telephone.

He was drafted into the US Army early in 1968.  His basic training was at Ft. Bragg, NC, and his A.I.T. was at Ft. McClellan, AL.  He was branched infantry.

He arrived in Vietnam in October 1968.  He was assigned to Alpha Company, 3rd Battalion, 8th Infantry Regiment, 4th Infantry Division.  At that time, his unit was concentrated near Kontum and Pleiku in the Central Highlands of Vietnam.  Dennis was assigned a position as an assistant gunner for an M-60 machine gun team.

On March 3, 1969, Dennis' company was patrolling a mountain near Plei Trap.  Unknowingly, the company ran into an NVA battalion.  Dennis' unit was surrounded by the numerically superior enemy force and the casualties began to mount.  Dennis moved from position to position, collecting belts of machine gun ammunition for his M-60 team.  When he returned to his machine gun position, he found the gunner mortally wounded.  Dennis provided covering fire so his buddies could withdraw.  Accomplishing this task, Dennis was killed when he tried to extricate himself.

For his gallantry that day, Dennis was posthumously awarded the Silver Star Medal.  He was only twenty years old.  He is dearly missed.

Be the first to add a remembrance for DENNIS J COLL 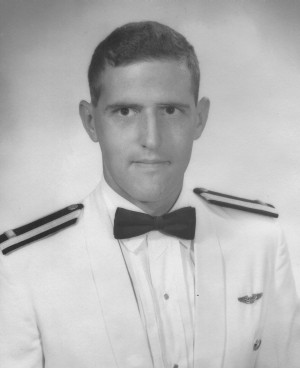