Anthony J. Tencza was born on May 13, 1919, to Joseph and Caroline Tencza. His home of record is Wallington, NJ. He had two brothers and two sisters. Anthony was raised and educated in Passaic, NJ, attending Passaic High School. Following his graduation from high school, he was employed by a local spring and wire manufacturer and had worked his way up to foreman by the time he was drafted in September 1941.

Tencza served in the US Army and attained the rank of Colonel (COL). In early 1942, Colonel Tencza successfully completed Officer Candidate School at Fort Benning, GA, and was commissioned a second lieutenant in the Infantry. He spent the remainder of World War II at various installations in the United States. After the war, for two years, he served with the US occupation forces in Japan. In 1948, Colonel Tencza was assigned to the 505th Airborne Infantry Regiment, 82nd Airborne Division and was stationed at Fort Bragg, NC. In 1951, he was sent to Korea, seeing extensive action with the 5th Cavalry Regiment, 1st Cavalry Division and the 9th Infantry Regiment, 2nd Infantry Division.

In 1960, Tencza came to Fort Myer and assumed the duties of Post Comptroller, a position he held until March 1962. In that month, Colonel Tencza was assigned to South Vietnam and served as senior advisor to the 22nd Infantry Division, II Corps, Army of the Republic of Vietnam. He was an expert in guerrilla warfare.

On July 15, 1962, while on a reconnaissance mission, Colonel Tencza's helicopter was brought down by Viet Cong fire, the resultant crash rendering him unconscious. While in this state of unconsciousness, he was fatally wounded by small arms fire.

Colonel Tencza was posthumously promoted to the rank of full Colonel and awarded the Legion of Merit and two Purple Hearts. He was a graduate of the Command and General Staff School, and among his other awards are four Bronze Star Medals with "V" device, the Army Commendation Medal, the Master Parachutist Badge, and the Glider Badge.

Colonel Tencza was buried July 30, 1962, in Arlington National Cemetery, following a memorial service at Fort Myer's Chapel. His wife, Pauline, his two daughters and one son survived him.

Four years after his death, a new 12-story high-rise apartment building was dedicated in his honor at Fort Myer, VA, and will bear the name "Tencza Towers." The new apartment complex houses non-commissioned officers of the post.

Be the first to add a remembrance for ANTHONY J TENCZA 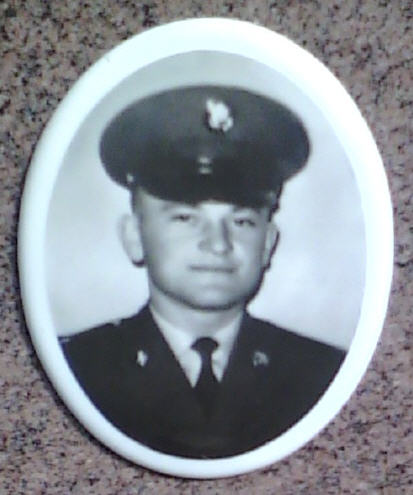