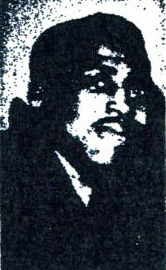 Sherman Chapman, Jr. was born on August 9, 1929.  His home of record is Trenton, NJ.  Chapman was raised in Wilmington, DE and graduate from Wilmington High School in 1946.

He served in the US Army and attained the rank of Sergeant First Class (SFC).  He was a career soldier, joining the Army at age 17. Chapman was an active athlete, participating on the Army’s football and boxing teams. He was Army Featherweight Champion in 1958 and 1961.

Chapman was killed in action on June 23, 1966, he was 2 months away from his 20-year retirement date.  He was survived by his wife, Doris, brother, Lester and sisters Ann and Carol.  He is buried at Hampton National Cemetery, Hampton, VA.

Be the first to add a remembrance for SHERMAN CHAPMAN