George M. Smyrychynski was born on August 7, 1943. His home of record is Montvale, NJ. He was a 1969 graduate of Pascack Valley High School.

He served in the US Marine Corps and attained the rank of Corporal (CPL).

Smyrychynski was killed in action on October 13, 1966 by a sniper's bullet.

A sniper's bullet killed George Smyrychynski near Da Nang. The 23-year-old Marine was on a combat mission when he died.

He was a 1960 graduate of Pascack Valley High School and had joined the service that August. He died in October 1966.

Information provided by Maria Hopper (historian), The Record, and NJVVMF.

Be the first to add a remembrance for GEORGE M SMYRYCHYNSKI 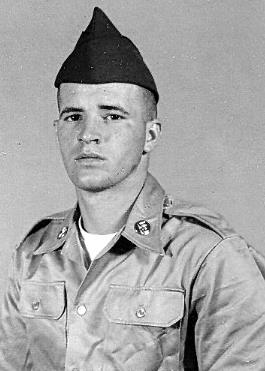