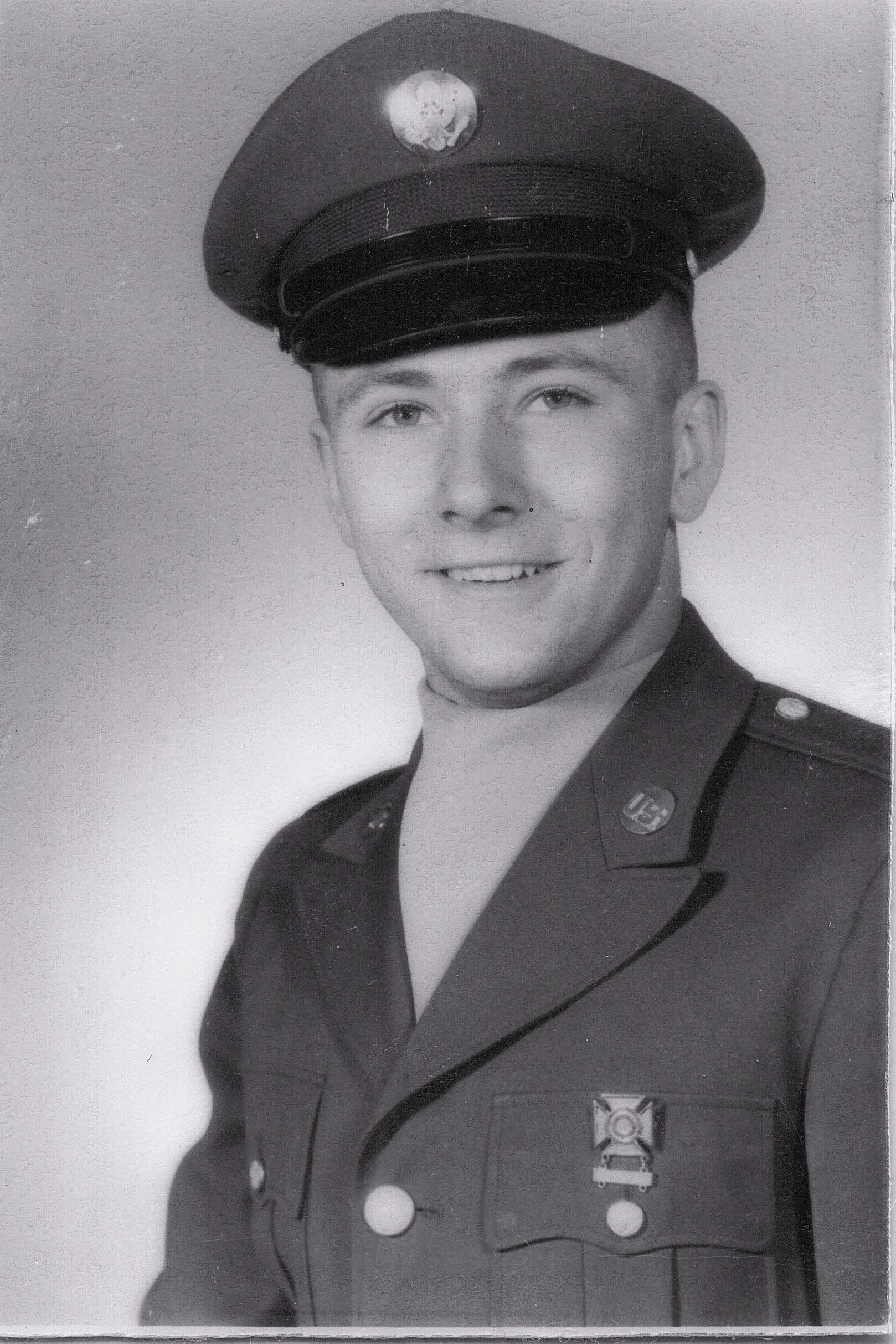 Robert M. Pinnell, Jr. was born on May 9, 1944. His home of record is Sussex, NJ. He had one brother, William. Robert graduated from Sussex High School in 1963.

Robert enjoyed sports and loved his 1941 Cadillac. He liked Barbershop music and playing the piano. He loved baseball and was interested in history.

Pinnell entered the US Army in September 1963. He attained the rank of Sergeant (SGT) and served with the 1st Cavalry Division.

Pinnell was killed in action on March 21, 1967. He was awarded the Bronze Star and the Purple Heart. He is buried in Arlington National Cemetery in section 48 site 748.

My brother was chosen to be a member of the elite Old Guard and was stationed at Fort Myer, VA. An extremely patriotic young man, Bob appreciated the distinguished service he was providing as a member of the Old Guard while performing countless important duties centered in and around Washington, DC, but felt he was not doing enough for his country. He volunteered for a tour of duty in Vietnam, where his bravery and love of country earned him the Bronze Star for bravery. He left a wife, mother, father and one brother.

Be the first to add a remembrance for ROBERT M PINNELL