Noel Luis Rioswas born on April 3, 1941.  His home of record is Newark, NJ.  Noel and his wife, Dolores, had one son, Mark, and one daughter, Helene.

Rios entered the US Air Force and went to Vietnam where he attained the rank of Staff Sergeant (SSGT).  He was assigned to 15 Aerial Port Squad, Danang.

Rios was listed as missing in action on March 6, 1968.  In 2002, his remains were identified and his status was changed to Remains Repatriated.

In September 2003, the US Air Force held an official ceremony to bury the recently identified remains of Noel Rios along with the remains of the other active duty military people that died on March 6, 1968 in the airplane.  It was a group burial and Noel and his crewmate, William Anselmo, were the last two people on the plane to be laid to rest.  Since the Air Force had been able to identify all the other remains on the airplane well before the ceremony, the only remains left to identify were those of Noel and Anselmo.  While the Air Force could not definitively say that remains were those of Noel and Anselmo, they had conclusively identified everyone else.  Since they were known to be on the aircraft and there were two sets of inconclusively identified remains, the remains were finally declared to be theirs and the burial ceremony finally set up to take place.  There were 30 Marines, 1 Navy Seaman, 4 US Air Force Airmen and 1 civilian on the airplane, a C-123 Cargo Master.

SSGT Rios was reported missing while on an administrative flight to deliver aircraft parts to Khe Sanh.  The aircraft he was on was grounded for mechanical problems and Rios, in the company of another Air Force member, boarded a C-123 aircraft bound for Khe Sanh.  The C-123K aircraft was struck by hostile fire and crashed near Khe Sanh, in Quang Tri Province, South Vietnam on March 6, 1968.

Be the first to add a remembrance for NOEL L RIOS 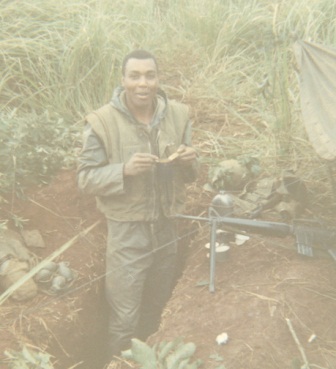