Thomas H. Birch was born on March 21, 1947, in Turtle Creek, PA, son of James H. and Evelyn Hevner Birch. His home of record is Keanburg, NJ. He graduated from Middletown Township High School in 1965. He loved fishing, boating, water skiing, and working on cars. He also enjoyed boat building with his father. He had two brothers, Jim and Ron. According to Jim, Thomas was his father's favorite son. Thomas and his father spent a great deal of time together. Thomas also enjoyed fighting with his older brother, Jim.

Thomas' older brother was in the Marines. Thomas also enlisted in the US Marine Corps and attained the rank of Corporal (CPL).

Birch was killed in action on February 23, 1968, by enemy gunfire while on patrol.

The Tinker Dorn Post of the Marine Corps League and the Veterans of Foreign War Post No. 1953, located in Keansburg, NJ, conducted services. Religious services were held at the John J. Ryan Funeral Home in Keansburg and followed by interment at Shorelands Memorial Gardens in Hazlet, NJ.

Birch was survived by his parents, two brothers, James E. and Ronald B., his paternal grandparents, James and Ellen Birch, and his maternal grandmother. A tennis court was named in his honor in Keansburg, NJ.

Birch was awarded the Purple Heart, the Good Conduct Medal plus two medals from the Vietnamese government. He was also awarded a Marksmanship Medal for the M14 Rifle.

Tommy had a premonition about death. One time, while working with our Dad building a boat, he came running into the house and he was white as a ghost. I asked him what was wrong. He said he looked up in the sky and saw Jesus and said he was going to die soon. I thought he had just seen a cloud formation but when we went back outside, there were no clouds in the sky. Tommy was really upset about it, but time passed and we forgot about the incident.

While I was stationed at Camp LeJeune, NC, I found out that Tommy had enlisted in the US Marine Corps. I immediately got a very funny feeling. This feeling intensified after he finished boot camp and I found out that his MOS (this is a duty classification) was a Grunt (slang for Infantry). I knew, because of this classification, it would only be a matter of time before he went to Vietnam and I didn't want him to go. I put in for a transfer to Nam three times, but was turned down every time because of my classification as Radio Intelligence Operator with top-secret security clearance. I guess the Corps figured they had spent too much money on my training to risk sending me there. When I found out that Tommy was going to serve Guard Duty in Washington, DC, I felt a little better. This feeling was short-lived however, because the conflict in Vietnam was escalating, and I call it a conflict because it was never officially declared to be a war. I found out from Tommy that he was being reassigned to Vietnam and my feelings of worry and dread returned ten- fold. I was afraid for him because he could be so reckless at times and took too many chances. He also wasn't the best shot in the world. He qualified as a Marksman with the rifle but that's the lowest you can get unless you don't qualify at all. There were three medals given for the rifle. Rifle Expert (best), Sharpshooter (2nd best), and Marksman (lowest).

According to the letters Tommy wrote while he was over there, he was doing well and hadn't seen any combat yet. He was on Hill 861 and sent me pictures of it. He didn't have too much longer with his tour of duty there and I was more optimistic that he'd make it home safe and sound. He was on his last patrol when the Viet Cong ambushed them and he was gunned down by enemy machine gun fire. I was at my parent's home when the military vehicle pulled up behind a car I was working on in the driveway. A Marine Officer got out and started walking up to the house. I stopped him immediately because I knew what he was there for. He confirmed this when I told him who I was. I said that I would go in first and tell my mother. Better to hear it from me than a stranger. Hardest thing I've ever had to do in my life. His remains were shipped home on March 21, 1968, which would have been his 21st birthday. Leave it to the Marine Corps to work out that kind of timing. My dad and I went to the funeral home to identify the body. I told my dad that I would look first because we really didn't know what kind of condition Tommy was in and I didn't want my Father to see him if it was really bad. He was in a body bag, which the director opened up for me. Tommy was completely covered with an embalming powder, which the field medics put on someone killed in the field to slow down further decay before shipment home. Hard to tell how long a body may have to stay at a combat zone before this happens. I could only recognize that it was a human form with his hands crossed over his chest. His hands were about the only parts that could clearly be made out. I recognized scars that Tommy had and knew it was him. I told my Dad that he could look if he wanted to. He did.

Be the first to add a remembrance for THOMAS H BIRCH 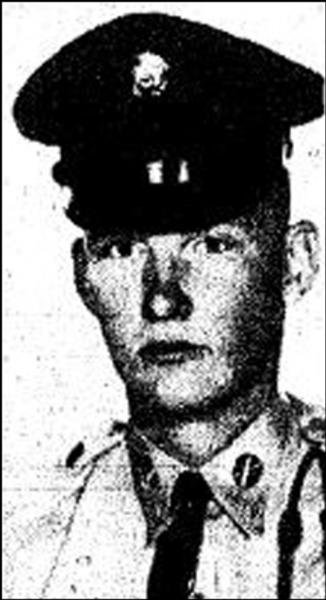