Robert J. Hughes was born on August 7, 1946. His home of record is South Amboy, NJ.
He graduated from St. Mary's Grammar School in 1962 and Middlesex County Vocational School in Perth Amboy in 1966. Robert enjoyed baseball and working on cars.

"Bobby", as he was called, was a very loving and caring child. During his early years, at the age of eight, he lost his mom to cancer. He always wanted to be a Marine, and after high school, he enlisted.

Hughes enlisted in the US Marine Corps in October 1966, four months after graduation. He attained the rank of Private First Class (PFC) and served with the 1st Marine Division.

On May 26, 1967, Hughes was killed in action in Danang, Republic of Vietnam of wounds received in battle. According to reports, he was riding on a tank when a 90mm shell hit it. He was with the First Marine Division. He had been in the service for eight months and in Vietnam for two. Robert Hughes, US Marine Corps was awarded the Purple Heart for wounds received in action that resulted in his death.

A frequent letter writer to his family, Hughes never complained but noted, "It was no picnic." The last letter he wrote was to his sister, Madeline, which said he had been on patrol and back. While writing the letter, he remarked "it was so peaceful at that moment, all you heard were chirping birds." That was on May 24, 1967, two days before he died.

In his memory, the family donated a flag and flagpole to his school, St. Mary's, South Amboy.

Be the first to add a remembrance for ROBERT J HUGHES 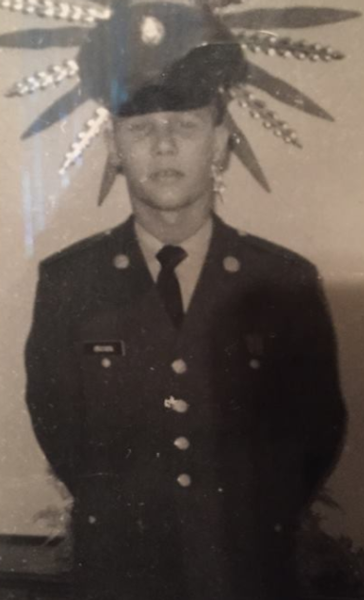