Ronald L. Warnett was born on May 30, 1946, to Frank and Lillian Warnett. His home of record is Linden, NJ. He had two brothers, Bob and Frank, Jr. Ronald graduated from Linden High School in 1963. He attended Arkansas Tech for two years and then transferred to a college in New York.

Ronald was in the ROTC and headed the Civil Air Patrol in Newark. He worked at a TV repair shop in Linden.

Ronald served in the US Army and attained the rank of First Lieutenant (1LT). He served with the 6th Battalion, 29th Army.

He is buried at the Golden Gate National Cemetery, San Francisco, CA.

Be the first to add a remembrance for RONALD L WARNETT 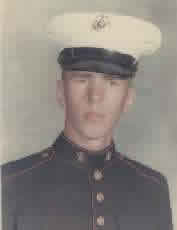