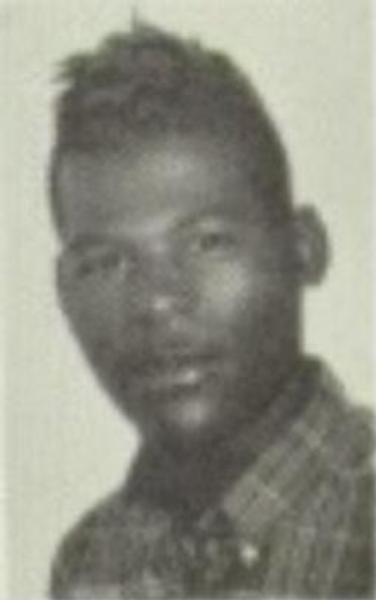 Allen Williams was born on November 2, 1943.  His home of record is Glassboro, NJ. He served in the US Army and attained the rank of Private First Class (PFC). Williams was killed in action on June 3, 1968. He is buried at Land Canaan Cemetery in NJ. He was survived by his father Franklin, eight sisters and eleven brothers.

His eleven brothers and eight sisters called him, "Big Head".  It was not because of the size of his ego.  It was his massive body; one that Allen Williams worked on daily throughout his youth.

"He lifted weights all his life," his sister, Dorothy Pratt of Williamstown, NJ, says.  "He was at least six foot two.  His twin, Alvin was as tall but not as big.  We nicknamed him, 'Tiny'."

Another sister, Geraldine Joseph, also of Williamstown, remembers a free spirited and a low keyed Allen.  "He was huge but quiet and shy," she says.  "There were so many of us.  Big Head liked to travel.  He would go all over the place.  He left one morning and the next thing you know, he's calling us from North Carolina."

The Williams household was a busy place.  When Allen and Alvin were born in November of 1943, they had three older sisters and a brother.  Fourteen more siblings were to follow.  Allen attended Glassboro High School, played football, and was an average student before dropping out in his junior year.

Geraldine recalls the pressures of their ever-growing family.  "We weren't allowed to do much school stuff," she says.  "We always had work to do.  Everyone had assignments.  The older kids had to take care of the younger ones.  We had to come straight home from school and do all our work before we did homework.  Our parents did not push too much for education.  They pushed for survival.  Big Head quit school more because of family needs than anything else."

"I only remember one long term girlfriend he had," says Dorothy.  "They never lasted long with him.  He was really bashful.  But the girls really liked him.  He used to fight all the time with his older brother, too.  They got into a fight one day and I tried to break it up.  I got a mark on me now because I tried to separate them.  I got in the way and broke my leg.  I was scared to tell my mom because she didn't allow us to fight."

"He wanted to be a chef," adds Geraldine.  "He worked as an apprentice cook at the Stern Light Inn for awhile.  But he grew up without a whole lot of serious direction.  That was one of the reasons Big Head went into the service.  He was good at everything he did but was looking for stability in life.  He did a lot of roaming around."

Allen's mother, Margaret, died at forty-eight in June of 1967.  The oldest daughter, Loretta, had to take control of the family.  She counted on the others to share the load of raising all those young children.

"We all had to pitch in even more," Dorothy says.  "We learned some hard lessons in life at an early age."

Allen enlisted into the Army in August of 1967.  He named Loretta as the beneficiary on his government life insurance policy to be certain his siblings would be taken care me of in the event of his death.

After basic training at Fort Dix, NJ, he was trained as a light vehicle driver at Fort Knox, Kentucky.  His first duty assignment was in Vietnam.  In late February of 1968, Allen was assigned to the 24th Transportation Company of the 1st Logistical Command, at Cam Ranh Bay, along the central coast of South Vietnam.  He sometimes drove military ambulances, often from the battlefields to base hospitals.

"He liked the service a lot," remembers Dorothy.  "He never said much about if he wanted to go to Vietnam or if he didn't.  He just ended up going over there and being killed."

Allen's unit was also involved in the reconstruction and maintenance of bridges and piers in the Nha Trang area, just north of Cam Ranh Bay.

The Glassboro Enterprise reported on June 20, 1968 the following:

PFC Williams, who had been in Vietnam for 11 months, was wounded and drowned during an enemy shelling of a pier on which he was working with his unit.

He was first reported as missing, but a few days later his body was pulled from the water.  The tragedy struck the Williams family hard.  Less than a year after losing their mother, Big Head was gone forever.  Geraldine and Dorothy recall the pain and sorrow of the time all too well, but they also remember the sincerity and charm of the official escort sent by the Army to stay with the family until burial.

"He was a great guy," Dorothy says.  "I wish I could remember his name.  He couldn't believe he had to deal with a family with eight girls.  He didn't want to leave."

Geraldine laughs, then adds, "He got pretty comfortable with Loretta.  He tried to keep us in a good mood.  We all got close to him in the time he was here."

Funeral services were held at Mount Zion Church in Glassboro.  Allen was buried in Glassboro Lawns Cemetery with full military honors on June 23, 1968.

Allen Williams was a quiet young man. He loved his country and he loved his family.  He gave his life serving both, but also in the search for balance and a sound future. He is silently, and proudly, remembered by those who loved him.

Excerpt from They Were Ours: Gloucester County's Loss in Vietnam by John Campbell

Be the first to add a remembrance for ALLEN WILLIAMS