Gary Edward Jensen was born on April 22, 1949, to William and Marie Jensen. His home of record is Toms River, NJ. He graduated from Rahway High School in 1967, and later moved to Toms River, NJ with his family. His friends called him "Elvis" because of his remarkable resemblance to the singing star.

Prior to joining the US Army in March 1969, Jensen was employed by Purolator Products in Rahway, NJ. He entered the US Army where he attained the rank of Specialist 4 (SP4). He served with Company C, 3rd Battalion, 12th Infantry, 4th Infantry Division.

On August 25, 1970, at the age of 21, Jensen died of injuries he sustained when his helicopter was shot down. All others aboard the helicopter were also killed in the crash.
He was buried in St. Mary's Cemetery in Rahway, NJ.

A machine gunner in the 3rd Battalion of a 4th Infantry Division regiment, Jensen was earlier awarded the Bronze Star Medal for meritorious action in combat, as well as the Air Medal and Combat Infantryman's Badge. He was also awarded the Army Commendation Medal for Heroism with Oak Leaf Cluster, the National Defense Service Medal, the Vietnam Service Medal, the Vietnam Campaign Medal, the United States Air Medal and the Purple Heart. He had completed more than 35 missions.

He was survived by his parents, brother, William Jr., and sister, Nancy.

Be the first to add a remembrance for GARY E JENSEN 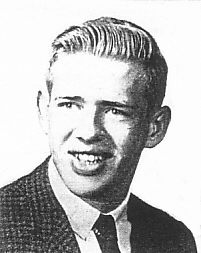