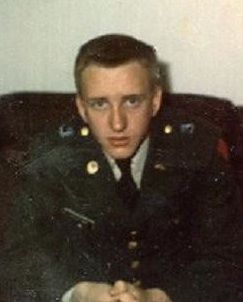 Robert R. Huster was born on May 27, 1946, to Mr. and Mrs. Roy Huster.  His home of record is West Berlin, NJ.  He had three brothers and one sister.  Robert was a graduate of Edgewood Regional High School in Tansboro, NJ.  He worked for a construction company before entering the service.

He was drafted into the US Army in November 1965, and attained the rank of Specialist 4 (SP4).  Huster was a personnel carrier with the 3rd Squadron, 11th Armored Division.

He is buried in Berlin Cemetery in Camden County, NJ.  He was survived by his wife, Bernadette, and newborn son, Robert.

Be the first to add a remembrance for ROBERT R HUSTER

No other heroes from WEST BERLIN