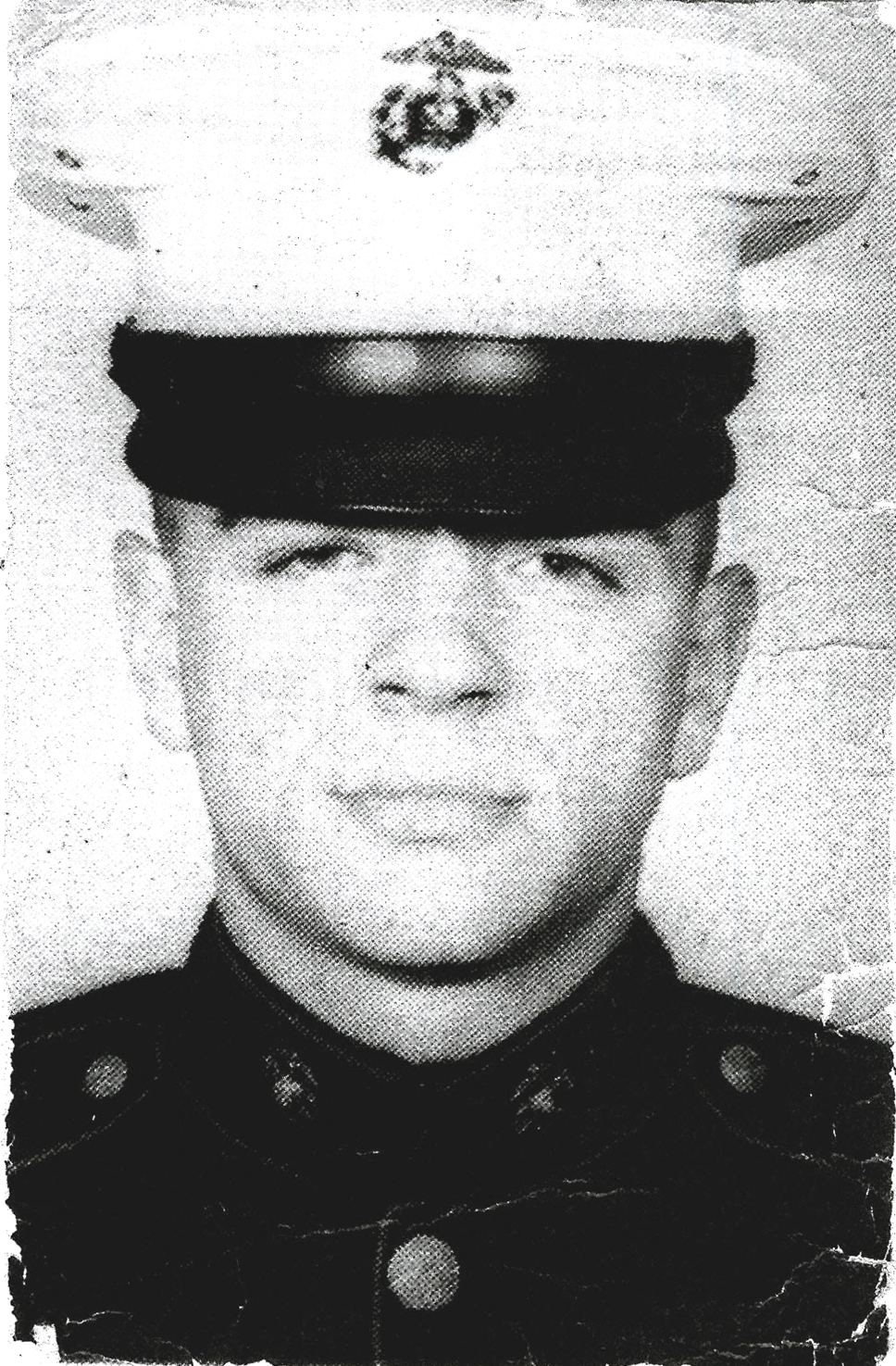 Carmine Novembre was born on October 6, 1946. His home of record is Passaic, NJ.

He served in the US Marine Corps and attained the rank of Corporal (CPL). On September 6, 1967, during Operation Swift, Carmine Novembre left his entrenched position behind a hedgerow in order to check on advancing and well camouflaged NVA soldiers. While exposing himself to enemy fire, Novembre fired a white phosphorous grenade at the advancing enemy in order to mark their position. This allowed the rest of Delta Company, 1/1 to direct their fire on the advancing enemy.

On April 16, 1968 the 1st Bn, 1st Marines relocated from the Ca Lu area to Khe Sanh, where they established defensive positions on several of the hills overlooking the combat base. North Vietnamese troops were thick in the area, and shelling by NVA mortars and artillery was a daily occurrence for the Marines. Delta Company was hit three times on April 25, 1968. Not harm was done by incoming fire at 0100 and 1000, but at 1300 two 82mm mortar shells killed three Marines and wounded three others. Novembre was one of the three dead. Novembre was killed in action on April 25, 1968. Carmine is buried at St. Nicholas Cemetery in Lodi, NJ. On his grave is inscribed "To live in the hearts of those we leave behind is not to die."

Be the first to add a remembrance for CARMINE NOVEMBRE