Willard L. Arntz was born on July 5, 1946, to Arthur and Meta Arntz. His home of record is Bernardsville, NJ. Arntz graduated from Bernards High School and the Somerset County Vocational and Technical School. Under his yearbook picture it states:
"Wiber, Bernardsville. Mechanically minded...has a flair for cars, especially his red and white Ford...woods lover...likes hunting...Wrestler for B.H.S." He was a member of Projection Club, Sports Car Club, See the World Club, Varsity "B" Club, Cross Country, Track, and Wrestling in high school.

Prior to entering the service, Arntz worked pointing all the stones in the stone fence on Mountain Top Road in Bernardsville. Arntz enlisted in the Army in April 1967 and received his training at Fort Bragg, North Carolina and Fort Polk Louisiana. He went to South Vietnam in March following his training. Arntz served in the US Army with the 25th Infantry Division. He attained the rank of Staff Sergeant (SSGT).

Arntz was killed in action on October 18, 1968, in Hua Nghia Province at the age of twenty-two. He died from wounds resulting from fragments of a bobby trap. His funeral was held at Peapack Reformed Church in Gladstone on October 31, 1968. Rev. Charles P. Johnson, pastor, officiated and a military burial followed at the Somerset Hills Cemetery in Basking Ridge, New Jersey. Pallbearers were from Fort Dix and a three-gun salute was given by a firing squad, also from Fort Dix. Sgt. Gene Strouth of Dover, Delaware, served as escort.

Be the first to add a remembrance for WILLARD L ARNTZ 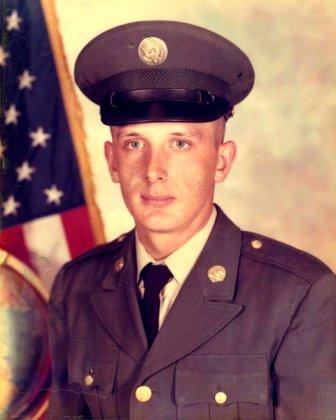