William Henry Eberhardt was born in Neptune on October 28, 1941, to William and Florence Eberhardt. His home of record is West Belmar, NJ. He had one sister, Shirley. While growing up, William attended Belmar elementary schools and Manasquan High School. He loved basketball.

Eberhardt entered the US Army in June 1961, and completed basic training at Fort Dix, NJ, then served two and a half years at Camp Drum, NY, where he was assigned to the motor pool as a truck driver. In 1962, he met and married Ann Carlous of Watertown, NY. In 1964, he decided to make a career out of the military and re-enlisted in the US Army. He served with Aviation Company C and attained the rank of Specialist 5 (SP5). Then he was assigned to Ft. Rucker, AL, for five months before being sent to Vietnam in November 1964. He was scheduled to return home in November 1965.

In the spring of 1965, while serving as a crew engineer with the 197th Aviation Company, Eberhardt was burned on the arm when a rocket cap exploded. He received the Purple Heart and Air Medal for meritorious service.

On September 1, 1965, Eberhardt was killed in action. He received the Distinguished Flying Cross for his actions.

His citation reads:
For heroism while participating in aerial flight. Specialist Five Eberhardt distinguished himself with exceptionally valorous action on September 1, 1965 while serving as crew chief of an armed helicopter in the Republic of Vietnam. Specialist Eberhardt was flying in the lead helicopter of a fire team of two aircraft to escort a convoy from Phu Loi, to Ben Cat. As the truck convoy approached Ben Cat, Specialist Eberhardt noticed activity just east of the highway in a Viet Cong area. The pilot of his aircraft started descending to investigate and as the ship rolled out of a turn at about 1,000 feet altitude it began to receive heavy hostile fire. The enemy fire hit a vital spot and the helicopter exploded in mid air and fell burning to the ground. As the other aircraft landed to render aid, it also received hostile fire. Vietnamese troops from the convoy soon were at the crash and drove the Viet Cong away. Specialist Eberhardt gave his life in the line of duty, but his alertness successfully saved the convoy a costly ambush. The gallant action of Specialist Five Eberhardt was in keeping with the highest traditions of the military service and reflect great credit up himself, his unit, and the United States Army.

In a letter to Eberhardt's wife, Major James Booth says:
Your husband was truly a professional soldier. Speaking for myself and every man in the company, we shall always consider it a distinct honor and privilege to have known and served with him.

He was given a military funeral and buried in Green Grove Cemetery in Keyport, NJ.

Be the first to add a remembrance for WILLIAM H EBERHARDT 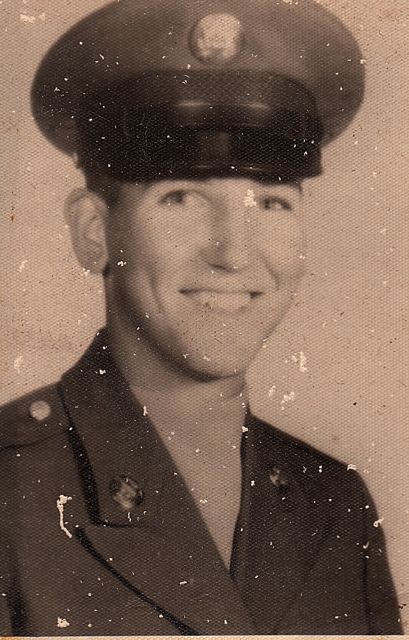