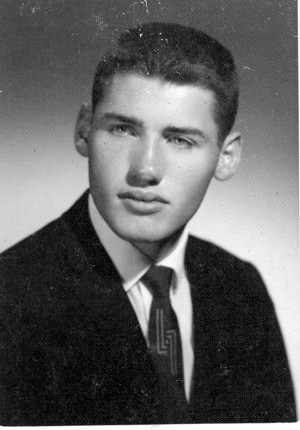 Bob was a very typical, all-American type guy.  He graduated from Bloomfield High School in 1961, where he was on the track and cross-country teams.  He worked hard at many jobs, played mens softball, loved Ray Charles music, the beach and the Jersey Shore.  He received a degree in agricultural economics from the University of Connecticut, where he was co-captain of the track team.

Dodson enlisted in the US Marines Corps, where he attained the rank of First Lieutenant (1LT).  He graduated from Officer Candidates School in Quantico, VA, in June 1966.

Dodson was killed in action on July 7, 1968, by a sniper while helping an injured Marine into a helicopter, in Quang Tri, South Vietnam.  This was his last day of his second tour of duty.

Dodson is buried in the Laurel Section, Northwest Quadrant, Row F, Grave 29 of the Glendale Cemetery in Bloomfield, NJ.

Dodson was posthumously awarded the Silver Star and the Purple Heart. His Silver Star citation reads:
The President of the United States takes Pride in presenting the Silver Star Medal (Posthumously) to Robert G. Dodson (0-101865), First Lieutenant, U.S. Marine Corps, for conspicuous gallantry and intrepidity in action while serving as a Platoon Commander with Company C, First Battalion, First Marines, First Marine Division in connection with operations against the enemy in the Republic of Vietnam.  On 7 July 1968, Company C was attacking enemy positions west of Hill 689 in Quang Tri Province when the Marines came under an intense North Vietnamese automatic weapons, mortar and hand grenade attack, sustaining numerous casualties.  With complete disregard for his own safety, First Lieutenant Dodson immediately assaulted a position at the point of his platoon and began shouting words of encouragement to his men and directing their fire as he led them forward from one bomb crater to another.  Alertly observing a concealed emplacement which was pinning down one of his machine gun teams with accurate fire, he launched a determined assault and, although wounded, destroyed the enemy position.  Observing three of his men pinned down by automatic weapons fire, First Lieutenant Dodson unhesitatingly rushed across thirty meters of fire-swept terrain and provided effective covering fire which enabled the Marines to move to a more advantageous position.  Repeatedly exposing himself to the intense enemy fire, he skillfully directed the evacuation of the wounded, and as he spoke words of comfort to them, he was mortally wounded.  His heroic and timely actions inspired all who observed him and saved the lives of several Marines.  By his courage, bold initiative and selfless devotion to duty, First Lieutenant Dodson upheld the highest traditions of the Marine Corps and of the United States Naval Service.  He gallantly gave his life for his country.

Be the first to add a remembrance for ROBERT G DODSON 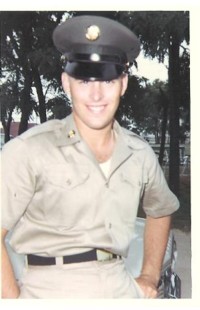