Eugene William Hendricks was born on July 13, 1946, in Overlook Hospital in Summit, NJ.  His parents lived in Plainfield, NJ, and later moved to Fanwood, NJ.  His home of record is Fanwood, NJ.  After graduating from Holy Trinity High School in Westfield in 1964, he went on to college at St. John Fischer College in Rochester, NY, where he was a pre-med student.  He enjoyed basketball, baseball and played guitar in his own band.

In July 1965, he enlisted in the US Air Force where he attained the rank of Staff Sergeant (SSGT).  He went to Vietnam, serving in the Air Force-6250 Special Squadron.  He was an Air Traffic Controller at Tan Son Nhut Air Base.

With only 17 days remaining in his tour, Hendricks was killed on October 21, 1968, on a C-47 transport.  The plane experienced engine failure and crashed in Ban Me Thuot, Republic of Vietnam.  The Air Force account of incident, dated 26 October 1968, stated:

Gene was an alternate crew member aboard a C-47 transport aircraft which had departed from Tan Son Nhut Air Base, Republic of Vietnam, on an early morning flight via DaNang Air Base to Hong Kong.  At 6:04 AM, October 21, 1968, a radio transmission was received from the aircraft reporting that one engine had failed.  There was no further contact with the aircraft and a search and rescue mission was immediately initiated.  One of the rescue aircraft located the wreckage of the C-47 in dense jungle approximately 19 miles southwest of Ban Me Thuot in the Vietnamese Central Highlands.  The rescue party that was dropped at the scene of the crash reported that there were no survivors aboard and that death was apparently instantaneous.

Be the first to add a remembrance for EUGENE W HENDRICKS 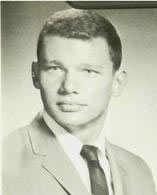 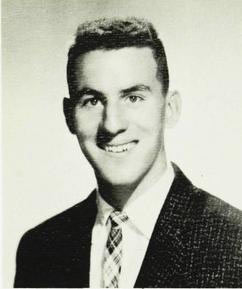