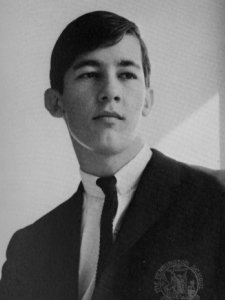 Robert G. Sekva was born on January 1, 1948 in Hayward, California.  His home of record is Princeton, NJ. He graduated from The Pennington School in 1966. He worked as a DJ in Atlantic City, NJ.

He served in the US Army and attained the rank of Corporal (CPL) with the 2nd BN, 22nd Infantry, 25th Infantry Division known as “The Triple Deuce.” His nickname was “Augie.” He was awarded the Purple Heart, Vietnam Service, Vietnam Gallantry Cross and National Defense Medals.

Sekva was killed in action on June 11, 1969. He is buried at the Golden Gate National Cemetery in San Francisco, California.

Be the first to add a remembrance for ROBERT G SEKVA