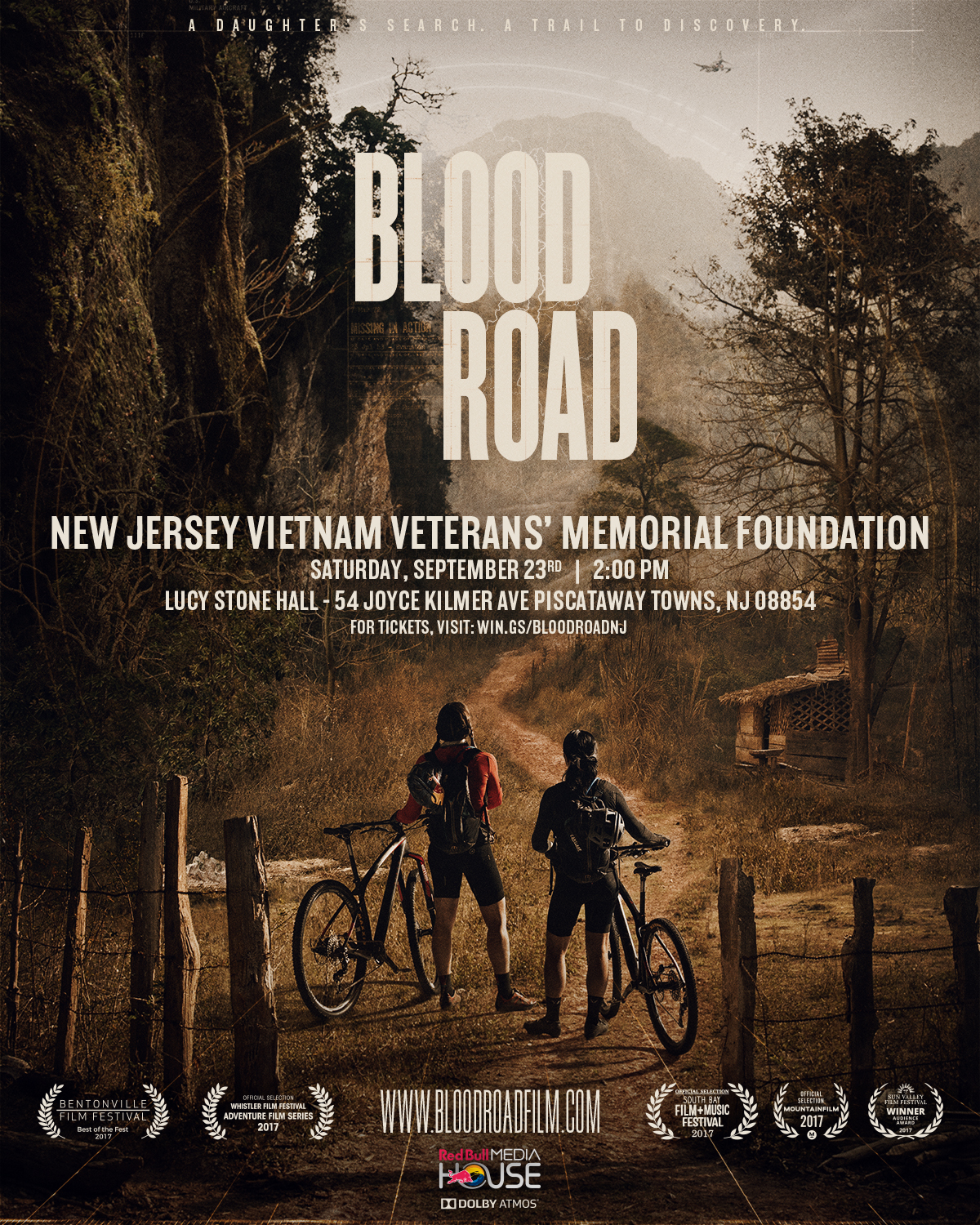 Blood Road follows the journey of ultra-endurance mountain bike athlete Rebecca Rusch and her Vietnamese riding partner Huyen Nguyen as they pedal 1,200 miles along the infamous Ho Chi Minh Trail through the dense jungles of Vietnam, Laos, and Cambodia. Their goal: to reach the site where Rebecca’s father, a U.S. Air Force pilot, was shot down in Laos more than 40 years earlier. During this poignant voyage of self discovery, the women push their bodies to the limit, while learning more about the historic ‘Blood Road’ and how the Vietnam War shaped their lives in different ways.

2:00 – 3:30 Film Screening
3:30 – 4:00 Panel Discussion: After the screening plan to stay for special guest panel to discuss the film. The panel includes Joseph Leone and Colonel Sharon Bannister, Commander in the US Air Force Academy 79th Medical Wing and daughter of the late Stephen A. Rusch. Leone, a Tour Guide at the NJ Vietnam Veterans’ Memorial Foundation and the Vietnam Veterans Memorial Fund, met Rusch’s family in 2007 at Stephen Rusch’s funeral following the recovery of his remains. In 2015, this relationship was strengthened as the group began researching Rusch’s military career and the Blood Road Project had began.

The screeining is open to the public. To guarantee seeting, it is strongly recommended that you purchase tickets in advance.
$10.00 General Admission, $5.00 Rutgers ROTC and Students with ID

All proceeds will be donated to the New Jersey Vietnam Veterans’ Memorial Foundation, the Rutgers Oral History Archives and Mines Advisory Group (MAG) of America