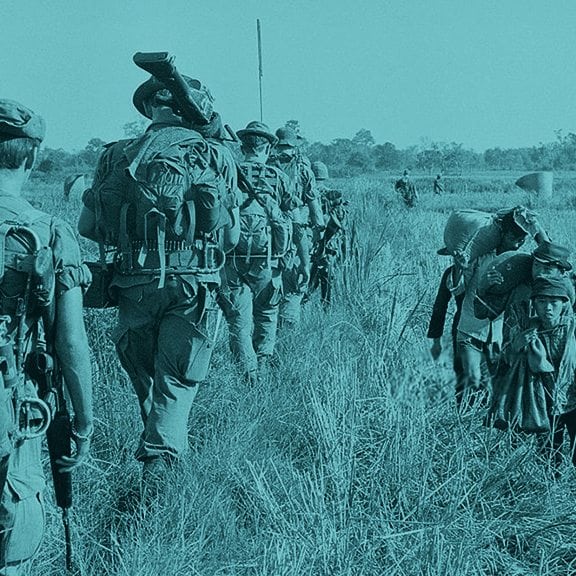 There is a certain vibe at a Veteran’s Day ceremony, a carefully curated somber mood. An almost show like quality to the speeches by elected officials, peppered with words like patriotism and honor. It’s not necessarily disingenuous; in fact, it’s usually the earnest effort of everyone at the podium to honor and thank, to appropriately respect, the time served, the lives given.

But it’s a different mood when it’s the Veterans themselves who run the show. They don’t need to be reminded of the cost of war because it lives with them. They live with the twin emotions of guilt and joy at having survived to experience the privilege of growing older, greyer and perhaps filling out their pea coat or fatigues a little more.

On Veteran’s Day this year, there was more back slapping and laughing than tears when the veterans poured into the New Jersey Vietnam Veterans Memorial. They arrived with their motorcycle gangs, their spouses and sometimes pushing the strollers of their grandchildren.

When the Holmdel High School Women’s Choir finished singing the national anthem, they processed out of the amphitheater and past the line of memorial wreaths that would be placed at its center. If this had been a ceremony at a government building or a military installation, they likely would have kept going with silent stone faces. Instead, as they reached the opening of the overpass of the NJ Vietnam Memorial Wall, a line of leather clad biker vets, called out, “Good job ladies!” like they were the singers fathers and grandfathers, and the girls beamed.

The veterans snapped pictures of their clubs’ memorial wreaths and ribbed each other about when they would get around to that golf game. It was clear they were just glad to be with their buddies and families and to know they’re not alone.

“It’s closure for me, for my husband. I’ve been waiting for this day for over a year,” said Sandy Mihok of South Amboy, whose husband, a crew chief and gunner on a Huey helicopter during Vietnam, passed away in 2011 and was honored at the NJVVMF’s In Memory Program on Veteran’s Day. She and her daughter and grandsons participated in the ceremony that marked his inclusion in the memorial, though not in the wall, which only includes veterans who died in Vietnam.

Gary returned from the war and led a full life with an extended family. He was a model of faith and strength for them. He was also an active volunteer with the memorial, adopting the meditation garden as his own, and found safety and acceptance among the staff and volunteers there even after his cancer treatment led to his voice box being removed.

Mihok was honored because he died with a unique and aggressive form of cancer that doctors determined was from his exposure to Agent Orange. “He told me that when he was on the ground (in Vietnam) he could see the cloud coming down,” his wife said. None of the service men and women knew it then, but the insidious chemical agent, manufactured right near Newark, would lead to hard and painful deaths for those who made it back from war alive. In fact, all four of the men, died at relatively young ages from complications due to their exposure. Their families, who spoke or lit candles at the memorial, where a rock will be engraved with the Veterans’ names, said the men didn’t often talk about their time in Vietnam. Anthony Belillio’s son said his dad wanted “to shield his children from the horrors of war” and that his dad, who was a humble man, would have felt he was undeserving of the honor.

For Sandy Mihok the ceremony was a bittersweet joy. “He did so much for me,” she said in a quavering voice, “I wanted to do something for him.”

If they didn’t talk about their experiences it’s a surety that they lived with them every day, as a new generation of veterans, now joining the ranks of the physically and emotionally wounded, can now attest.

Matt Craw is a young Marine, only 27 when he returned from combat in Iraq where his battery unit served in Operation Iraqi Freedom. Even after he was safe and sound in his hometown of Little Silver, NJ the stress of combat clung to him like an invisible cloak. He told the audience at the ceremony that in grocery stores he would look for emergency exits and scan shoppers to see if they might be hiding something. He couldn’t shake the sense that danger was around every corner. If a shopper accidentally bumped his cart or his girlfriend’s, he said, he became enraged.

The stress had become an intimate bedfellow, but so entwined in his mind that he couldn’t see it himself. It was his dad who recognized it, confronted him about it and forced him to talk with his friend William Wilby, a Vietnam vet. Wilby he recalled, looked him dead in the eye and said, “I can see the pain in your eyes because I have the same pain, and if you don’t deal with it will kill you from the inside out.”

Wilby got Craw into a veterans support group, where he met an older generation of Marines who, like him, suffered with post-traumatic stress disorder.

Craw still has the nightmares of one particularly bad night in Bagdad, and he still has triggers. The smell of singed hair, like you might get after lighting a barbeque grill too close, is an instant reminder of death. Now though, he has tools to keep the nightmares from overtaking his day – getting up early to spend some quiet time before the day, heading to the beach or looking at a dog – anything to put his mind back in a positive frame.

“It doesn’t get easier,” Craw said after his talk, “but if you deal with it, it gets more manageable. I have some buddies who haven’t been in Iraq in 10 years, but you wouldn’t know it.”

One of his therapies was writing a book, The Song Each Bullet Sings: The Story of Operation Iraqi Freedom Through the Eyes of One Marine. He read an expert of it to the audience at the Veteran’s Day ceremony, his body shaking quietly as he recalled the frightening moments as daylight slipped away and darkness took over the streets of Bagdad.

Writing the book and telling his story is “therapeutic but it’s also exhausting,” he said, looking around at the crowd inside of the memorial. “It could make you cry. And once I go there… There is so much work and honor in this one place at one time.” Now the greatest task for Craw and his fellow veterans, from World War II to Afghanistan, is to keep putting one boot in front of the other as they walk through their post war lives, wrestling with the unique and heavy pack that combat issued each of them.

Matt Craw’s book, The Song Each Bullet Sings: The Story of Operation Iraqi Freedom Through the Eyes of One Marine is available on Amazon. He is currently looking for a publisher.

For more photos from the event visit our Facebook Gallery