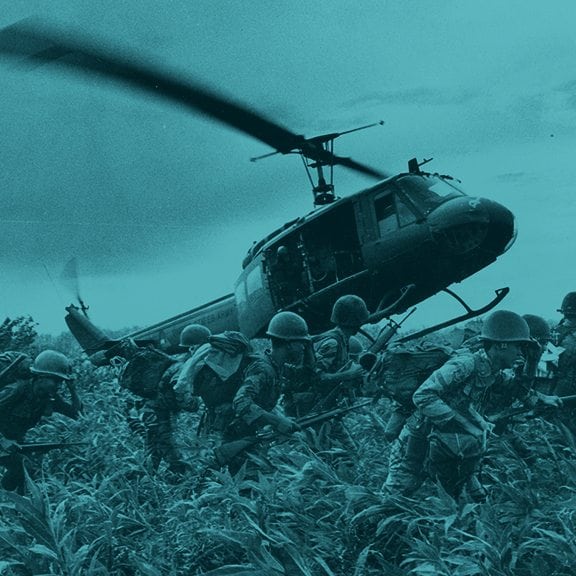 They are your typical Father’s Day cards, covered in colorful illustrations and filled with loving sentiments. One has a glittery sandcastle on its front that reads “With love from your daughter,” and another card shows off a photo of a sleeping baby under the caption “Here’s looking at you, Grandpa!” But their intended recipients will never read these cards, written to soldiers who lost their lives during the Vietnam conflict that claimed over 58,000 American troops and ended in 1975. Instead, the cards have become a part of the permanent collection of the New Jersey Vietnam Veterans’ Memorial Foundation’s Vietnam Era Museum & Educational Center in Holmdel, NJ and a testament to the healing power of words. “I want him to know that I am so proud of him and all he stood for and I am proud to be his daughter,” says Bonnie DeSimone, whose father, Alfred DeSimone, was killed in the Quang Nam province before she was born and just shy of his 20th birthday in 1969. Cards she has sent to her father, a Private First Class in the 1st Marine Division, 3rd Battalion, 26th Marines, are part of the Museum’s collection, including a photo of Bonnie’s son, who she named after her dad. The cards are part of the Museum’s collection, which helps visitors gain a better understanding of the personal sacrifices made by New Jerseyans during the Vietnam Era. They illustrate how these personal sacrifices are still relevant today, 45 years later. The Museum is dedicated to encouraging an understanding of the Vietnam Era and its lasting impact on American culture at the local level. Bonnie says that even though she never met her father, “My dad is more than just this name on the wall. He is my flesh and blood. He is my heart and soul.”