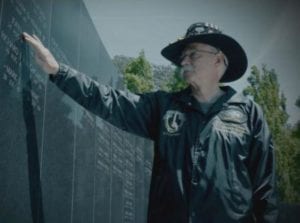 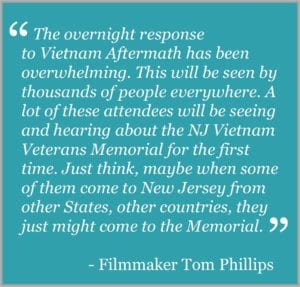 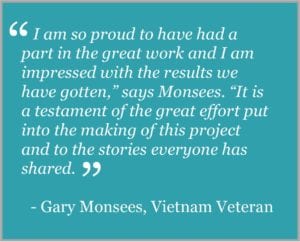 Not All Wounds Are Visible 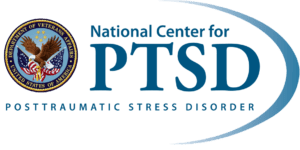 Post-traumatic stress disorder (PTSD) is a mental health condition that is triggered by a terrifying event — either by experiencing it or witnessing it. Symptoms may include flashbacks, nightmares and severe anxiety, as well as uncontrollable thoughts about the event.

According to Dr. Paula P. Schurr, the Executive Director of the National Center for PTSD, this month “Will help Veterans and others recognize symptoms and seek and obtain needed care.”

PTSD has been known by many names. As early as the American Civil War it was identified as “nostalgia,” “Soldier’s heart,” or “irritable heart.” Those titles were replaced by “Shell Shock” after World War I. This term was coined in reference to the condition emerging from the sounds of artillery shells being fired. When similar conditions were experienced by men who were not exposed to explosions, the condition was renamed “War Neuroses.” Doctors treated it by suggesting rest and relaxation. In severe cases, hydro or electro therapy were implemented.

World War II saw “War Neuroses” replaced with “Combat Stress Reaction” or “Battle Fatigue.” Attention for the condition grew as a result of the 1951 film, The Red Badge of Courage. Eventually, military discharges were granted with combat exhaustion being the reason. The understanding of treatment gradually improved in the sense that there was a priority to getting treatment as soon as possible with the realization that you can not simply “patch up” a soldier and send him back out to battle. There was also a surge of support and camaraderie amongst soldiers to help with recovery. However, with the positive change comes the negative blowback, as George S. Patton is famously known to have believed and stated that “Battle Fatigue” was not a true condition and simply the weakness of his soldiers.

It was not until 1962 when the American Psychiatric Association produced the first Diagnostic and Statistical Manual of Mental Disorders and included a condition that resembled PTSD as we know it today. As a result from research with Vietnam Veterans, Holocaust Survivors, and others in 1980, PTSD was officially added to the Diagnostic and Statistical Manual of Mental Disorders. These studies linked the trauma of war and its effects post-military life.

The National Center for PTSD cites common symptoms as reliving the instigating event, avoiding situations that remind you of the event, negative changes in beliefs and feelings, and feeling “keyed up”. You may also feel guilt, shame, or depression. Many people with PTSD abuse alcohol and drugs in search of refuge or relief from reliving the traumatic experience and its effects.

Proper treatment can help. The coping skills one can learn in treatment extend to improving other areas of life as well. Treatments include psychotherapy and medication. The Veterans Administration has more than 200 specialized programs for the treatment of PTSD. In 1989, the VA’s National Center for PTSD was created.

The Educational Mission of the New Jersey Vietnam Veterans’ Memorial Foundation is “to remember, to honor, to heal.” We are a firm believers in the healing powers of the Memorial. Our commitment to the healing power of Memorials is seen in the Women Veterans Mediation Garden in 2001. This garden is a lasting tribute to the thousand of women, both military and civilian, who served during the Vietnam Era and continue to serve today.

We hope you will experience the healing power of our Memorial and the conversations about the war and its aftermath with our Vietnam Veteran Tour Guides during on of our tours. 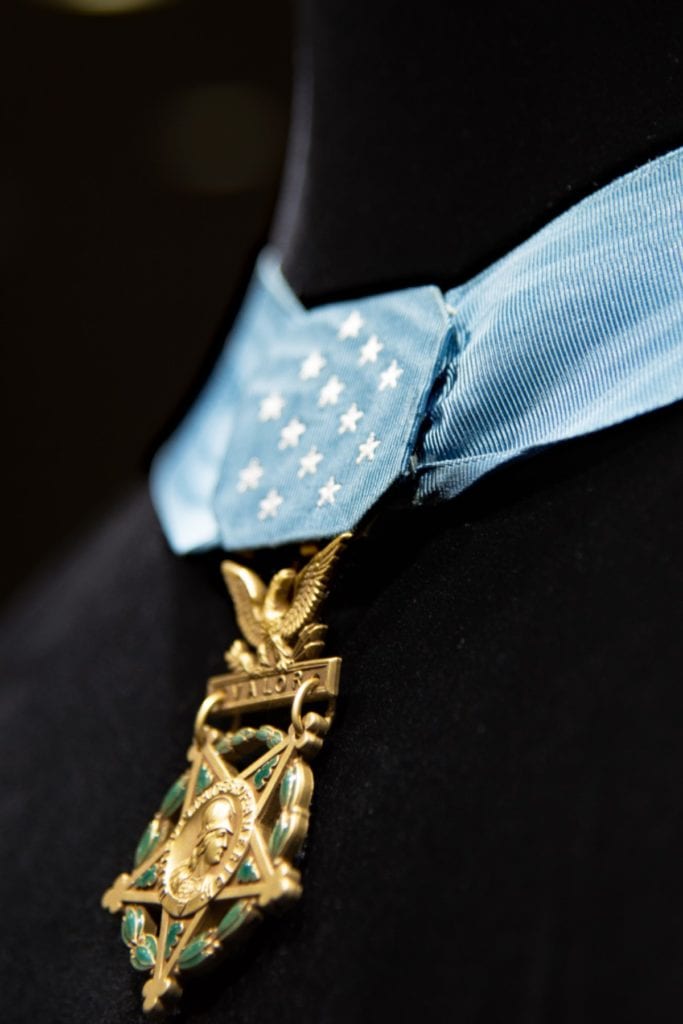 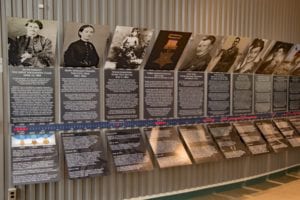 By  Keri A. Giannotti, Museum Educator 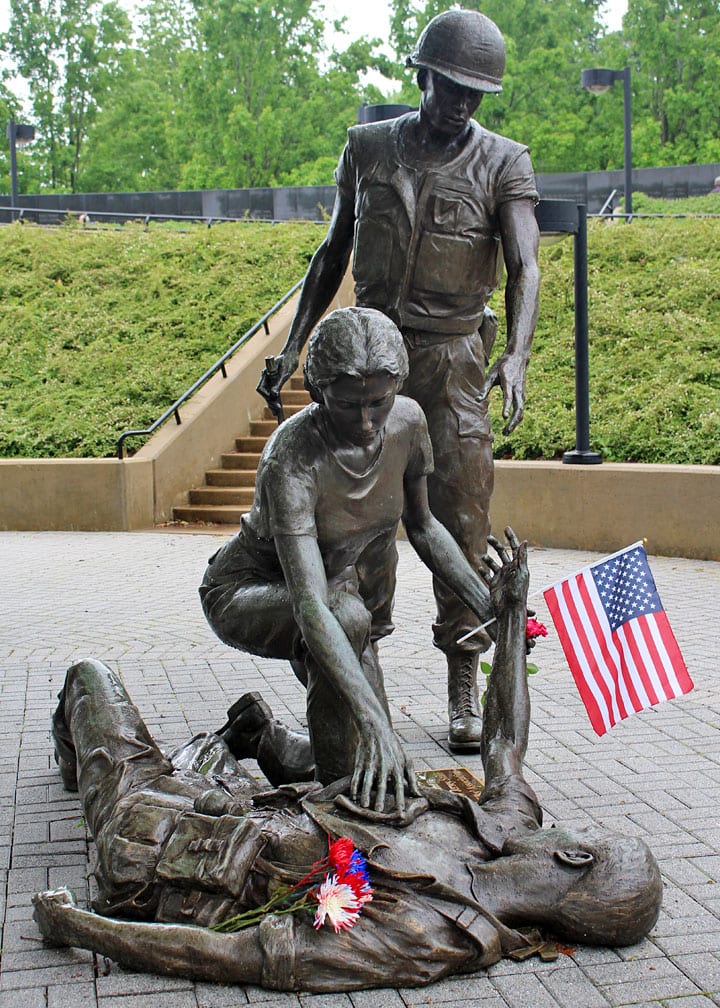 June 14th for members of the Army is designated as a day to celebrate the birth of our Army. It is on June 14, 1775 that the Congress of the United States established the First Continental Army to train soldiers to battle the British in the upcoming American Revolution. Prior to the official creation of a National Army, most of the fighting was done by colonial militia. These militias were “colonial” entities which are made up of farmers who served part time or as an on needed basis. Forseeing the coming of the war with Britain, there was the need for a “professional” and ‘nationalized’ army.

The initial Regular Army Infantry was called the 3rd Infantry regiment. George Washington was unanimously elected Commander-in-Chief of the Army as he led the troops to victory and independence. The title Commander-In-Chief would follow him as he shaped the Presidency. According to the US Constitution, “The President shall be Commander in CHief of the Army and Navy of the United States and of the Militia of the several states, when called into the actual Service of the United States.”

Today’s Army is made up of 700,000 soldiers including active duty, and Army Reserve personnel. It includes both men and women of the United States. Women were first enlisted during World War I. However, that doesn’t mean they didn’t help early on. Monmouth County’s own Mary Ludwig Hays, also known as Molly pitcher according to legend replaced her husband as his cannon when he no longer could during the Battle of Monmouth.

During the Vietnam War, the First Female Generals in the United States Army Forces were promoted, WAC Brigadier Generals Elizabeth P. Hoisington and Anna Mae Hayes. Hayes served in the Army Nurse Corps in World War II, the Korean War, and Vietnam. Prior to Vietnam, she led the Emergency Room at Walter Reed Army Medical Center. During Vietnam, Hayes as the Chief of the Army Nurse Corps. According to a Time Magazine article in “She upped recruitment efforts to send more nurse to the Vietnam War, and she visited the country several times during the conflict to assess the state of nursing”.

The New Jersey Vietnam Veterans’ Memorial Foundation celebrates all the branches of our Armed Forces today and everyday. We also look forward to sharing the stories that often don’t get told. If you have a Vietnam Related to story to any of those on our Memorial we invite you to share it with us under the comments on Wall of Faces page.