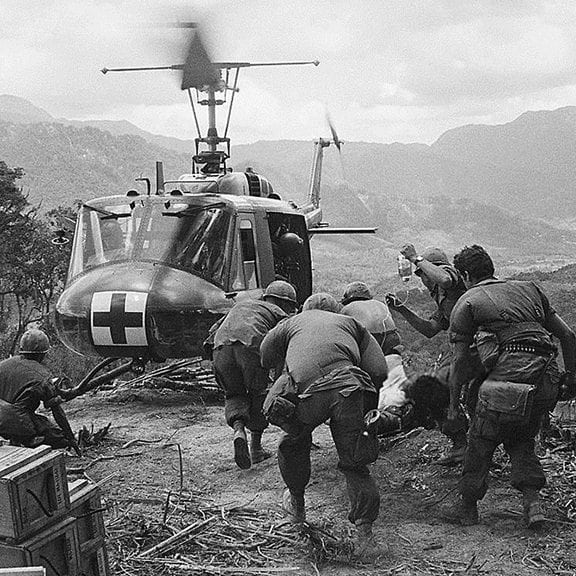 Return with Honor is a touching exhibit that brings to life experiences of those held as Prisoners of War during the Vietnam War through their personal artifacts, clothing, images, writing and artwork. Through February 6, 2015, the general public and students are invited to tour the exhibit at the Vietnam Era Museum & Educational Center in Holmdel, NJ.

Return with Honor is not a depiction of the physical horrors these men endured, but instead it’s glimpse into the spiritual and tangible ways they found the strength and faith to survive.

During the course of the Vietnam War, more than 700 American servicemen and civilians were captured and held in Prisoner of War camps in Hanoi, the surrounding region and in South Vietnam. More than 1,600 servicemen, civilians and women are still considered Missing in Action. Since 1973, more than 10,000 sightings and leads have been reported to the United States government. Each year, as the result of crash site excavations and forensic work, the circumstances surrounding these individuals are better understood.

“Return with Honor isn’t about the battles and well-known facts about the Vietnam War. It is about the experiences of American Prisoners of War and those who remain Missing in Action – military men, civilians and women. It is about perseverance and the strength that these people shared with one another – how they found ways to communicate and form lifelong bonds of friendship. The exhibit is about the impact their experiences as individuals and a group had on their families, communities and the nation, during the Vietnam War and today.” – Sarah Hagarty, Curator

The exhibit showcases select artifacts and documents from the personal collection of Lee Humiston, Curator of the Maine Military Museum and Archivist for Nam-POW. Through this work, POWs and their families have donated the artifacts and their stories to his collections, making this an extremely personal endeavor for Humiston. During his career, Humiston has worked closely with Ron Montgomery, Vice President of the Navy Lakehurst Historical Society, this collaboration has continued the collection’s growth and exposure in various museums. Select artifacts have been displayed in the National Museum of American History, the United States Air Force Academy and the Nixon Library. The collection is now the largest and most personal assemblage focused on POW/MIA history in the world.

Curated by Sarah Hagarty, Curator for the New Jersey Vietnam Veterans’ Memorial Foundation, Return with Honor features select pieces from Humiston’s collection with a special focus on New Jersey’s POW/MIA. These personal artifacts offer visitors a special opportunity to gain a deeper understanding of the meaning behind the black POW/MIA flags flown across the country.

These are some of the powerful personal experiences highlighted in Return with Honor:

The story of Major Theodore S. Sienicki of Irvington, New Jersey is told through his POW uniform. Sienicki was captured on May 3, 1972 and returned home 330 days later as part of Operation Homecoming.  http://www.pownetwork.org/bios/s/s191.htm

The story of Captain Raymond A. Vohden of Springfield, New Jersey is told through the crutches he used to walk to his freedom after seven and one half years as a Prisoner of War. Captured on April 3, 1965, Vohden was held in various camps in and around Hanoi until his release in 1973 as part of Operation Homecoming. http://www.pownetwork.org/bios/v/v011.htm

The story Lt. Colonel Daniel F. Maslowski’s of Chicago, Illinois is told through a rosary, one of the most important artifacts in Humiston’s collection. Maslowski’s faith in God and the American people helped him endure three years of captivity in cages and caves in Cambodia. The rosary, handmade from Maslowski’s parachute cord and bamboo was a daily source of strength. He was released in 1973 as part of Operation Homecoming and was one of only 28 Prisoners of War who returned home safely from South Vietnam. http://www.pownetwork.org/bios/m/m146.htm

The story of Captain Edward Davis of Roxborough, Pennsylvania is told through photographs from Operation Homecoming. Davis was shot down on August 26, 1965. After spending a night in a rainy ditch accompanied by a large snake, he was captured and marched to Hanoi. When Davis returned home in 1973, he brought back a puppy named Ma Co that he had rescued from his captors. Davis hid Ma Co in his flight bag and jacket until both of them were safely aboard the Operation Homecoming flight. This photo is part of the exhibit. http://www.washingtonpost.com/wp-dyn/content/article/2006/11/16/AR2006111601701.html Reflecting on this experience, Davis wrote, “I do not want either my dog or I to be taken for something we are not. I am an ex-POW and she is one lucky dog. I think you understand my point. In short, I am only one among many. I have felt the warmth, tenderness and pride of the American people. We are all so very grateful. It is a feeling upon which to grow a future.”

Visitor Information: The Vietnam Era Museum & Educational Center is located at 1 Memorial Lane in Holmdel, NJ (for GPS use Exit 116 on the Garden State Parkway or the PNC Bank Arts Center). Regular Hours are Tuesdays – Saturdays, 10 a.m. – 4 p.m. Admission: Adults $7.00, Senior Citizens and Students $5.00, Children 10 years of age or younger, Veterans and active military personnel are free. The exhibit experience can be enhanced by the guided tours delivered by the Vietnam Veterans who volunteer their time to share their stories. Please note that these tours must be booked in advance. Group tours run for 1.5 to 2 hours and can be arranged by calling Lynn Duane at (732) 335-0033 x 100.

About the author: Sarah Hagarty, is the Curator of the New Jersey Vietnam Veterans’ Memorial Foundation in Holmdel, NJ. She manages the Foundation’s collections, exhibitions, programming and volunteers. Sarah has held various curatorial and management positions at cultural intuitions throughout New Jersey and Pennsylvania.